Do You Love Your #Villains? By Barbara Bettis #WickedWednesday

I love a good villain. And Barbara has a good point for us on Wicked Wednesday...there has to be something good in all that evil to make it interesting. Please read on and join the conversation.

The first thing that popped into my mind when I thought of a topic for Wicked Wednesday was—book villains.

Creating wicked villains was one of the hardest things to do when I started writing fiction. Since I write medieval, the bad guys were supposed to be pretty rough, like life then. Trouble was—and still is—I have a problem creating villains who are wicked enough to deserve the label. I don’t like to hurt any of my characters, even the bad guys (and I use that term to include gals too). So seeing they get their punishment comes hard for me.

It’s such fun creating these characters, I hate to do away with them. I keep wanting to reform them. It’s been said that every villain is the hero of his own story. So when trying to build the layers of that person, giving him reasons for behaving the way he does, I develop sympathy for him (or her).

In an attempt to remedy that tendency, the second time I tried to develop a villain, the character turned out to be something of a stereotype. From the moment he stepped onto the page, you could tag him as ‘The Villain’. Well, that wasn’t good. So I had to work on changing up the characterization in that book.

But it took me four books to finally dispose of the one main villain threaded through them all. By the time his end came around, however, I was ready to do him in.

Not all villains have worked out that way. In my first book, I became so attached to the man who was

originally slotted for the part, I changed the plot. How? By reforming him—and bringing in the good, old reliable mean fellow from the first book. The one who went on to create problems through the next two.

I’ve come to accept this weakness and know to watch out for it so I never again have to change a plot because I’ve become too attached to a villain.

QUESTION: Does anyone else have trouble creating wicked characters?  How do you do it? Is there a wicked villain you grew attached to?

Follow my villains—good and bad—in: SILVERHAWK, THE HEART OF THE PHOENIX, THE LADY OF THE FOREST. And in the upcoming FOR THIS KNIGHT ONLY. 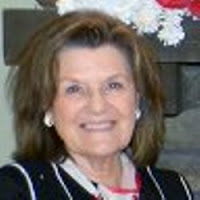 About Barb:
Former journalist and college professor, Barb has retired to become an editor and lady-who-likes-to-write-in-comfy-jammies.  She starts every day with tea, but firmly believe a home office isn’t complete without a coffee pot and a scented candle. And snacks.

Email ThisBlogThis!Share to TwitterShare to FacebookShare to Pinterest
Labels: Barbara Bettis, medieval fiction, The Heart of the Phoenix, The Lady of the Forest, villains, Wicked Wednesday