I know. Today should be Tortuga Thursday. It is, but not the same. Tortuga is under reorganization. After all, it's winter and the holidays and a new year ahead. It's the best time for our prairie farm to consider what's ahead for us. But more on that as the year ends.

Right now, I'm dropping a note about my Quarterly Author Newsletter. Just as the name says, you'll only receive it four times a year. You'll get the news about what I'm working on, what's the next book out, AND receive special "stuff" just for my newsletter group from time to time during the year.


If you sign up now, you'll still get in on my December giveaways:


Each Saturday this month, I will select one person from my Newsletter Group to receive a gift. I'll randomly draw a name and email that person to get their mailing address if needed. Here's what you could win:

December 26 - Sleeping with the Lights On (A fun, entertaining book to read as you relax after the holidays.)
I love to do special things for my Newsletter Group. Closing out the year with a thank you for coming along on the ride. Let's see what cool things I can come up with next year.

Click here and go to the bottom of the page to join! http://brendawhiteside.com/contact.html

Posted by Brenda Whiteside at 8:08 AM No comments:

The Kindle Book Review is giving away a $400 and $500 Amazon shopping spree on Thanksgiving Day, and I want my readers and blog followers to be the winners.

To enter, all you have to do is click on the image below, and enter each giveaway page. It's easy and fun, and if you're feeling lucky, you could win a $400 or $500 shopping spree just in time for Black Friday.

Best of all, the prizes are awarded on Thanksgiving Day, so that will make it extra special for two very lucky readers!

BONUS: There is no purchase necessary to enter or win, but when you support the sponsors (I'm one of those!), every purchase will benefit the Make-A-Wish Foundation via the Amazon Smile program, so your support is appreciated and will make a difference in the life of a child with a life-threatening illness.

Now go for it. Click the image below to enter our $900 Black Friday Giveaways! Look for my book, Southwest of Love and Murder, on the $500 giveaway page. 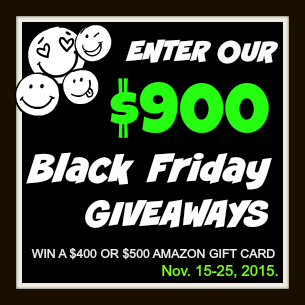 Posted by Brenda Whiteside at 3:30 AM No comments:

My guest today is Lexi Post. Enjoy and be sure to enter her drawing! 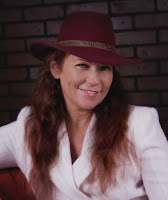 Usually, when I write a story, I use something from the classic work that is particular to it and try to give my story a similar theme or atmosphere. I know. Okay, that sounds far more complicated than it is. For example, when I used Poe’s “The Masque of the Red Death” for my story MASQUE, I adopted his 7 colored rooms, the abbey, the death figure for my hero and set it all 200 years later. With COWBOYS NEVER FOLD, I used Bret Harte’s character types and themes from his story, “The Outcasts of Poker Flat.” He used a poker player, drunk, madam, prostitute and two young “innocents” and explored the theme of what is “tainted.”

But in my latest release, I had more work ahead of me than I knew when I decided to use Charles Dickens’, A Christmas Carol. From that story, I used the framework and an expanded premise. The premise was easy. Dickens’ character Scrooge needs to be taught a lesson because he is a miser. I simply changed the character to Holly a deeply grieving young widow who needs help overcoming her sorrow. But when I borrowed Dickens’ framework of spirits visiting the main character and taking her away to her past, present and future, I had quite the writing challenge. First, there was no way I could do that all in one book when my romance was between spirits. So PLEASURES OF CHRISTMAS PAST only focuses on the visits to the past. Second, as I wrote the scenes from Holly’s past, I found myself writing “young Holly” and “Holly” in order to differentiate what the reader was seeing because the reader is watching Holly watching a younger version of herself. To say it was a challenge would be an understatement.

So to celebrate the release of PLEASURES OF CHRISTMAS PAST because I overcame all the writing challenges it presented, I have a contest going for a choice of ebook from my backlist. So be sure to enter the rafflecopter below. I hope you have a great Thanksgiving and holiday season!
Always, Lexi 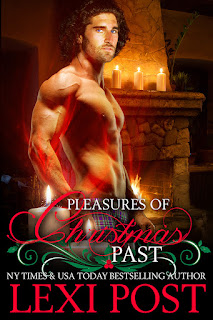 BLURB
When present-day American social worker Jessica Thomas is assigned her first case as a spirit guide, she’s excited to serve as the Spirit of Christmas Past for her client and prove she knows her profession well. Unfortunately, her mentor, the very hot, very single, and very Scottish Duncan Montgomerie has little faith in her ability and plans to catch her when she falls. As far as she’s concerned, he’s going to be waiting a very long time.

Bachelor Duncan Montgomerie hails from late 18th century Scotland where he enjoyed life to its fullest, something he continues in death. Having been dead a while, he is well equipped to handle the afterlife where time doesn’t exist and phasing is the norm. What has him stymied is his connection to the uptight Jessica and the strange feelings he’s experiencing being around her, even though she refuses to listen to his advice. Duncan needs to figure out what it all means and fast because the rules change after death and the path Jessica is headed down could cost her her soul.


EXCERPT
Duncan turned to face her and leaned back against the stone edge, crossing his legs. “Aye, I did and I do wear a kilt.” His smile faltered before it grew wider. “My father wasn’t allowed to, some idiot law, but I remember wearing the Montgomerie plaid from as far back as when I was a wee boy.”
Jessica tried to envision what the six foot six Mr. Distraction looked like as a child. Surprisingly, it wasn’t that hard. He would have been precocious, always laughing and probably getting into all kinds trouble. She smiled at the image.

“Ah, you have figured it out then?” He winked, but his smile didn’t reach his eyes.
Her instincts were finally helping her see the slight nuances in his face. She’d been distracted by the smiles and laughter, but now, she could see that sometimes those were used to hide doubts and dare she think it, insecurities.
She sauntered over to him. “As a matter of fact, I have.”

Buy Links for Pleasures of Christmas Past:


Posted by Brenda Whiteside at 3:00 AM 2 comments: