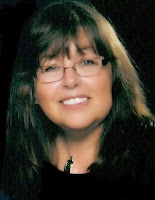 Thank you, Brenda, for having me as a guest for “Fearless Friday”. I signed up to be a guest on your blog thinking, ‛I’ve done some pretty brave things’, and I have. I’ve bungee jumped and lived to tell about it. I stood in front of my graduating class and gave the valedictorian speech. I’ve even performed in front of crowds playing an accordion. Those were all scary at the time, but I didn’t wonder later how I managed to accomplish them. Looking back, I had been nervous, yes—but not fearful.


After searching in all the dark corners for the bravest thing I’ve done, I would have to choose the point where I took up the reins of my life and said, “This isn’t working—things need to change.” Walking away from a broken marriage with two kids in tow wasn’t brave, it was self preservation. The fearless part came later. It came when I realized I couldn’t raise my kids on minimum wage and minimum child support. That the only chance I had to become independent would be to move away from family and friends and begin a new life in Texas.


After the move, I cleaned house and cooked to pay room and board while I went to school. But there were other expenses, so I worked part time drafting to make ends meet. Eventually, I graduated with an Associates Degree in Computerized Architectural Drafting and Design (CADD). I found a good job, saved my money, and after four years of sleeping on a friend’s couch, my children and I moved into a home of our own.


I bought a magnet when I first came to Texas that said, “Bloom Where You’re Planted.” I put it on the refrigerator as a reminder that I couldn’t go back. Moving forward was my only option. I’ve been in Texas for twenty years now, and I realize those first four years away from friends and family were the most terrifying and lonely years of my life. Somehow, I moved through them as though I was fearless. One foot in front of another. One day at a time.


Eventually, life took another turn and I found I had the opportunity to chase an old dream – to publish the stories I kept locked in my heart. This latest adventure has just begun, and I hope I can face this challenge as fearlessly as I faced my struggle to bloom in Texas. 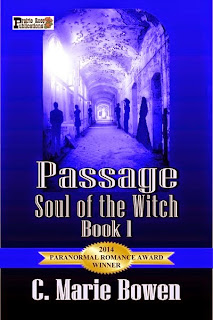 
After a car accident, Courtney Veau has a “near death” experience, and returns to her past-life in the post-Civil War west. When she wakes in a present-day hospital, Courtney realizes she’s returned to her own hollow existence. Heartbroken, she knows she left behind not only a family she loves, but life with the man who shares her soul, a man she’ll love forever, Merril Shilo.