OFF THE RANCH, LLAMAS AND BURGERS 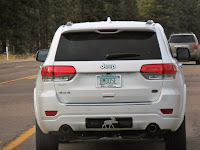 After being stuck inside for five days with a cold/virus, I really needed to get off the RV Ranch yesterday. I wanted to go fishing with FDW, but the morning temp was 42 degrees and only getting to the mid-fifties before we’d head off the lake. To some of you, that might seem warm enough, but on the water and zooming in the boat, not so warm. I didn’t think chilly wind would do me any good.


Taking a drive is a cheap thing to do (won’t see the gas bill until next month) and in this part of Arizona, a trip in the mountains can be eventful. Honestly, taking a drive most anywhere can be good cheap entertainment, if you take the time to live in the moment. See what you haven’t seen before even if you’ve been over the road a dozen times.


We headed to rim country. The Mogollon Rim extends about two hundred miles starting in Northern

Arizona and running eastward, ending near the border of New Mexico. The part I’m most familiar with is covered in pine trees and gets a bit of snow. Our route took us to the rim and then crossing over it to the Mogollon Plateau. The Plateau offers a different variety of evergreens and more open space. I had hoped we’d see more snow than we did. Only one short area, near the crossover still had snow, but on the return trip even that was mostly gone. It was a sun shiny day.


I’d also hoped to see elk—they are advertised every few miles with watch out signs—but we didn’t catch even a glimpse. The only wild thing we saw was on a Minnesota vehicle. We did see a herd of llama. I’m betting they weren’t wild.

Even so, it was a beautiful day and did the psyche good.

We drove as far as Show Low for lunch in one of those unique cafés that can be found only in small town America. The Sweetheart Café had gigantic, delicious burgers that left no room for what sounded like scrumptious pie. Next to the café was a quaint bookstore whose owner I met and chatted up. She’d like to handle my books. That’s a good excuse for another drive to Show Low. Next time, I’ll have desert first at The Sweetheart Café.
Posted by Brenda Whiteside at 9:44 AM