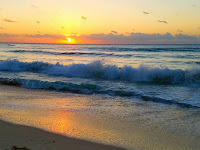 Once upon a time, I was a newspaper reporter in a tiny town in deep south Florida called Homestead. My husband and I had moved there in the late 1970s as he was attached to Homestead Air Force Base, which figured pretty largely earlier on because of its proximity to Cuba. Our second daughter was born there. One thing led to another, and we divorced, so I was a single mom with a five-year-old and three-year-old.

One of the folks I interviewed regularly for the paper was the city attorney for the next town over, Joe Tomassi. When I expressed frustration at only being able to help people so far as a reporter, he suggested I go to law school. Now this is something I had never wanted to do in my whole life.,. The more I thought about it, though, it kinda made sense. Well, except for the whole single mom of two preschoolers thing.

But I thought, well, I’ll take the LSAT entrance exam and see how I do.

Wow. So I applied to the University of Miami, being the closest school, and I got in. Also wow.

As a private school, one can imagine (even in the 1980s) that it was not cheap to attend. So I applied for financial aid. And got it. And on-campus housing for me and my kids. There was an on-campus day care and kindergarten for my child just up the road/

How could I say no?

Thus began a thirty-year practice of family law, which indeed helped many more people. It has also well informed my Lady Lawyers series, and also a many-years’ love affair with the Florida Keys, which has led to PROPHECIES AND PROMISES, my new historical novel set in Key West at the time of the Spanish-American War.  A twist of fate led us to homestead, another to divorce, but the biggest leap of all was reaching for the new life of a lawyer—and all the steps that fell into place to make it happen. 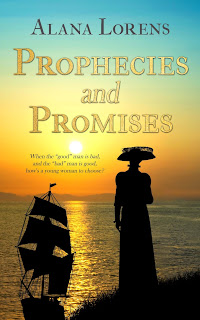 Blurb:  Tamsyn McKiernan thinks her dreams have come true. She’s engaged to a dashing Key West bachelor and finally in her widowed father’s good graces. But in her heart, she knows something’s wrong. She loves the ocean and the quiet pleasures of nature—so what does the aristocratic life she’ll lead truly hold for her?

Mercenary captain Drake Ashton is neck deep in preparations for the Spanish-American War, running guns and other supplies to Cuban natives who want out from under their Spanish masters. He and his brother Freddie risk their lives daily, focused on saving his friends on the island. Nothing else matters but his mission.

A chance encounter with a spiny sea urchin brings the two together, and neither of their lives will ever be the same again. 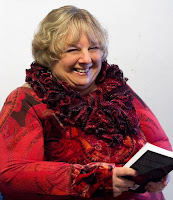 Alana Lorens has been a published writer for more than forty years, after working as a pizza maker, a floral designer, a journalist and a family law attorney. Currently a resident of Asheville, North Carolina, the aging hippie loves her time in the smoky blue mountains. She writes romance and suspense as Alana Lorens, and sci-fi, fantasy and paranormal mystery as Lyndi Alexander. One of her novellas, THAT GIRL’S THE ONE I LOVE, is set in the city of Asheville during the old Bele Chere festival. She lives with her daughter on the autism spectrum, who is the youngest of her seven children, and she is ruled by three crotchety old cats, and six kittens of various ages.