The Human Side of a Villain by Gretchen Lovett 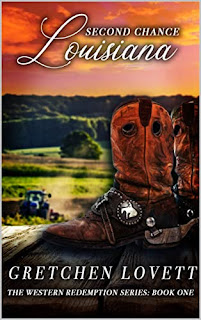 I love a good villain! I think what makes them interesting is their human side. In Second Chance Louisiana, the villain is a bank robber who has a mysterious connection with our hero. The first time Tyler sees him when the bank is being robbed, he feels like he knows the man. Then when our villain shows up at Tyler’s home ten years later, his feeling is confirmed.

Karl is just down on his luck. He fell in with the wrong crowd and ended up committing one crime after another. He doesn’t know how to get out, and while he continues to make bad choices, he’s not an evil person.

Tyler took his opportunity, wrapping a hand around the stock and yanking it up. The stranger cried out in surprise, firing up into the heavens. Tyler felt the heat wash up the barrel and the explosion rattled his teeth.

He punched the guy hard, determined to put an end to this tragedy before it began. The criminal fell back but didn’t let go of the gun. He swung around, kicking at Tyler, connecting with the ex-con’s knee. Tyler felt a blast of pain race up his thigh, and staggered, holding onto the gun for dear life.

He knew that whoever let go first was a dead man. He had to survive; Misty was counting on him. Just a few days ago, he might have struggled a little less, might have let the bastard get one over on him. There were times in prison when he wished for a swift end. But after this afternoon and the successful conclusion of their first marital spat, Tyler was feeling good about his future. He wasn’t ready to give it up. He didn’t want Misty to give it up either. This idiot stole fifteen years of Tyler’s life from him. He deprived Savannah of a father and Misty of a husband. Tyler wasn’t going to kill him because he didn’t want to risk another jail sentence, but he was going to make the man pay. 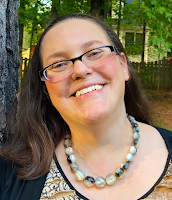 Gretchen Lovett is a romance writer, ghost writer, freelance writer and lover of all things literary. She has a bachelor’s degree in behavioral science and worked as a secretary for a large nonprofit organization up until COVID. After the lockdowns, she stayed home and began to take on writing jobs. Through Magnolia Blossom Publishing, she released seven romance novels. After signing NDAs, she has worked on 21 romance novels for various clients and six nonfiction titles on subjects ranging from parenting to healthcare. She has two brilliant, handsome young men in her life who are getting ready to leave the nest. They are not allowed to read her books, nor are they interested.