Able to leap tall buildings in a single bound... Walking away from a crash that would've killed a normal person... There really is light at the end of the tunnel... Toto, we're not in Kansas anymore... 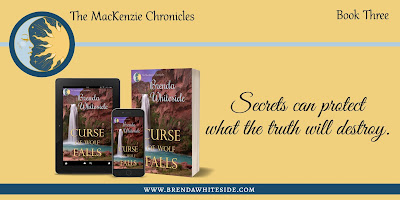 Unless you write books, it's hard to explain the huge relief that comes when you get the final version of the last novel of a series back from your editor. I am thrilled to announce the third book (eBook version) in The MacKenzie Chronicles is up for pre-order and will release on September 5, 2022. The print version should be available by July 25, 2022.

Curse of Wolf Falls sent me on a wild ride of research. Elidor MacKenzie isn't like any character I've written before. I've loved Joshua, Arizona since the first glimmer of the idea for The MacKenzie Chronicles crossed my mind - an 1800s mining community-turned-ghost-town, reborn hippie haven, and now tourist town clinging to the side of Spirit Mountain.

Reserve your copy now of the third story of The MacKenzie Chronicles, a suspenseful Arizona family saga, and have Curse of Wolf Falls delivered automatically to you on September 5.

And other Amazon sites worldwide. 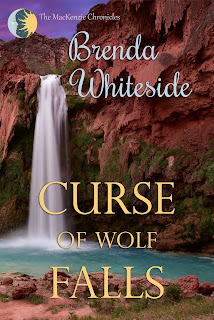 Secrets can protect what the truth will destroy.

Elidor MacKenzie has a gift she can't return—the ability to absorb the joy, pain, and suffering of others. She's spent her life running from what she considers her curse. Now, her best friend is dead, and she alone holds the key to an archaeological discovery that could destroy a culture. With newfound inner peace, Elidor has returned home to make amends and guard the secret revelation. But greed-driven scavengers have followed her. Once again, the energies of Joshua will stir the hurricane, with her at the deadly center.

Jules never got over Elidor. Twenty years and a famous journalism career later, he's back in Joshua—and so is his first love. If his heart can stand the torture, he'll risk reviving their relationship. But saving Elidor from herself and the secret she won't give up may be the death of them both.

With Jules by her side, Elidor is determined to outrun the scavengers, guard the secret, and renew their love. But fate is coming after her, and there's nowhere the couple can hide.

Posted by Brenda Whiteside at 12:54 PM