WHAT TO DO by Nancy Jardine

Launch the done and get on with the new- after a hearty kick up the proverbial ‘you know what’!

My latest addition to my shelf of published novels, After Whorl: Donning Double Cloaks, Book 3 of my Celtic Fervour Series of historical romantic adventures was launched on the 25th March 2014 but as all authors know, the actual launch time is only a phase we go through for a new book.  Early promotional blog writing for it has been fairly intensive these last weeks; the general promotion will continue into the future; and will maybe even intensify at times. There’s absolutely nothing new about that, but in some ways I hanker to learn something new to allow me to go back to only new WP writing. I know, of course, that if I had constant mega sales I could employ someone to do the marketing for me, so roll on new readers! *wink*

Meanwhile, in my spare moments when not promoting my already published books, or wasting interesting time on Facebook, or other social media places the dilemma has already set in. How to get on with the writing of new works after a book launch was a problem in the past and is probably always going to be a big bugbear for me.

My series of historical adventures are set in northern Britain in the late first century AD. Research might seem easy since there’s very little written evidence out there to study, so does that mean that I should allow my imagination to take flight a lot more as I write book 4 of the series? It’s truly tempting to do that, but since my aim has been to create a series with very credible, detailed, historical settings that’s not going to work for me. At present they’re not historical fantasy, though they definitely are fiction. For books 2 & 3 I did a lot of research on the Northern Campaigns of the Ancient Roman of Governor of Britannia, Gnaeus Julius Agricola, as he marched his legions northwards from England all the way up into northern Scotland. Finding more information for books 4 & 5 isn’t going to be easy – at least not until the local archaeologists find new evidence, so I suspect that after I pen the beginning twenty thousand words, which I’ve already got planned, I might come unstuck for bit. My planning at present should get me to that point but as a natural ‘pantser’ I’m hoping that there’ll be enough inspiration to get me rolling on to the middle and the end which I have a vague plan for. That sticky missing middle just might be a very big bugbear.

I think it’s just as well that I have other projects started, too- a three book historical saga-loosely based on ideas I got while researching my own family. That went into the doldrums a few weeks back and is sitting at around fourteen thousand words.

My dilemma? Keep plugging at book 4 of my historical romantic adventures since the ‘era’ is fresh in my mind having just released book 3…or switch to a very different historical era of Victorian times and do my saga.

What do you think I should do?

Thanks for having me visit, Brenda, it’s lovely to pop over and visit you. 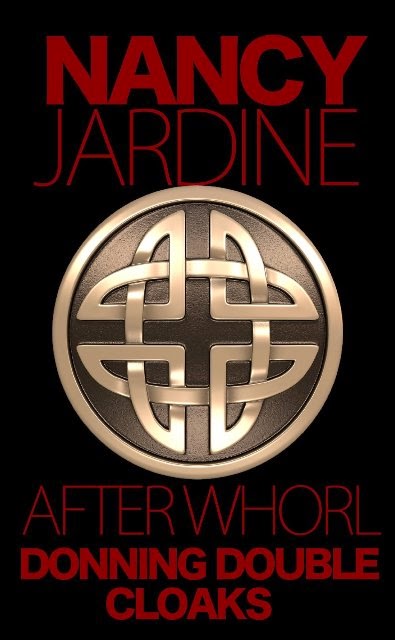 After Whorl: Donning Double cloaks – blurb
Pursued by Rome.
AD73 Northern Britannia
After King Venutius’ defeat, Brennus of Garrigill – known as Bran – maintains a spy network monitoring Roman activity in Brigantia. Relative peace reigns till AD 78 when Roman Governor Agricola marches his legions to the far north. Brennus is always one step ahead of the Roman Army as he seeks the Caledon Celt who will lead all tribes in battle against Rome.
Ineda of Marske treks northwards with her master, Tribune Valerius, who is responsible for supplying Agricola’s northern campaigns. At Inchtuthil Roman Fort Ineda flees seeking fellow Brigantes congregating on the foothills of Beinn na Ciche.
Will the battle against the Romans bring Ineda and Brennus together again?
Excerpt:
“Your grin must mean something pleases you.”
It was unexpected when he reached forward and took her hand into his own. He never made any contact with her body, except during the night dark.
“Something does please me very much, Ineda, but it has nothing to do with any new orders. Why would you think that?”
She had no idea what to answer. He knew she was always interested in what was happening around the fortress, though he was always close-mouthed about relating any important developments. Anything new happening she gleaned from his secretary, Pomponius. In no way did she want him to be suspicious of her motives, or to curtail the small advantages she had obtained as his slave since he had started to make love to her. “Only that such smiles are rare.”
He continued to grin as he pulled her to her feet and led her to his resting couch.
“It is long past time for you to call me Gaius.”
Ineda was not so certain of that. She had resisted thinking of him as anything other than her hated captor, although time and his proximity were making her understand more of the man who had taken her prisoner and used her as his personal bed slave.