Playing in the Dirt 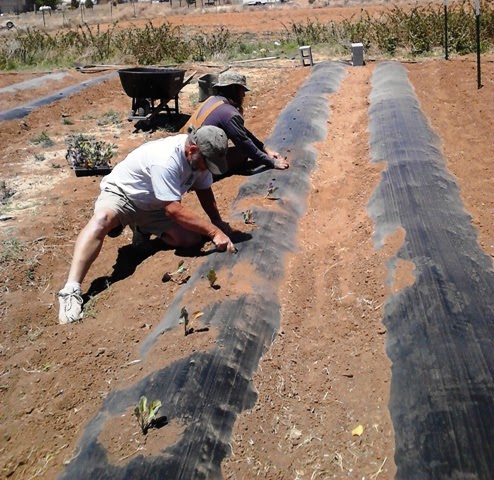 Frank and Lance really kicked butt this last week. All that hard work from the prior week spilled over and they finished. Drip lines down, black mulch laid and all plants and seeds in the ground. For those of you who know Frank, you might be amused. This is our third planting season, and the man who said he refused to "play in dirt" and avoided it for two years, sure did a lot of playing.

This year's configuration is different. Lance learns something new every year. Some things that were outside last year are now in the greenhouse. We aren't even using the field where the potatoes and green beans were last year. 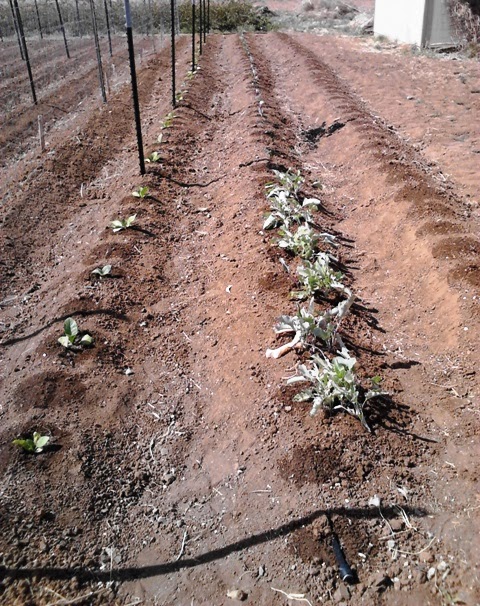 Outside, we have more rows of cucumbers than last year since we're upping the jars of pickles we plan to produce. Some tomatoes are outside. We have a variety of peppers, cabbage, butternut squash, zucchini, sweet potatoes, red potatoes, golden potatoes, watermelon, onions, garlic, okra, green beans -- and I'm sure I'm forgetting some.

Our third farmers market was successful considering it was a holiday weekend and there was a huge craft fair in downtown Prescott. We didn't do quite as much business as the prior week but better than the first. What was amazing was the praise from return customers. Lots of good feedback. And more requests for shirts. Frank and Christie are researching the best place to have them done.

We have a few strawberry plants out front in my flower garden. I like the plant and the color. Sadi likes the fruit! Grandpa says he used to get a strawberry now and then, but Sadi beats him to them. She checks the plant every time she goes out front.