Tortuga Thursday
In 2012, on the plains of Northern Arizona, two families joined forces and began the trials and tribulations of building a small family farm with nothing in the bank but love.
Autumn is settling on us at last. Nights are cooling off, but the real sign is the butternut and potatoes will be harvested next week. Getting those two crops ready for storage is a time eater. Clipping the butternut from the vine is simple but digging potatoes takes patience. If they're nicked or damaged then they won't store well. We had butternut that lasted ten months last year.

Our campaign to expand pickle production and bring more of the world a non-GMO and great tasting pickle is in its last week. We haven't exactly torn up the world of crowdfunding. I guess we aren't techy or goofy enough. A phone to project the time on your hand has raised over a million. A game called Sharkapeed that wanted to raise $2000 has raised $5000. We also didn't hire a professional to run our campaign. The crowdfunding theory is that the little guy can put their idea out there, but that isn't necessarily what's happening. The whole idea of putting ourselves out there for fundraising is difficult for all of us anyway. Because of that, we haven't pushed or promoted as much as we are supposed to be doing. We're pretty much do it on our own kind of people. Whether we meet our goal or not, I'll give you an accounting when all is said and done. For those of you on Facebook and/or twitter, if you could spread the word for our last week here is a post you can copy and paste:


Get behind an organic small farm and get perks for your support. https://www.indiegogo.com/projects/set-sail-with-pirate-pickles/x/8465750 … 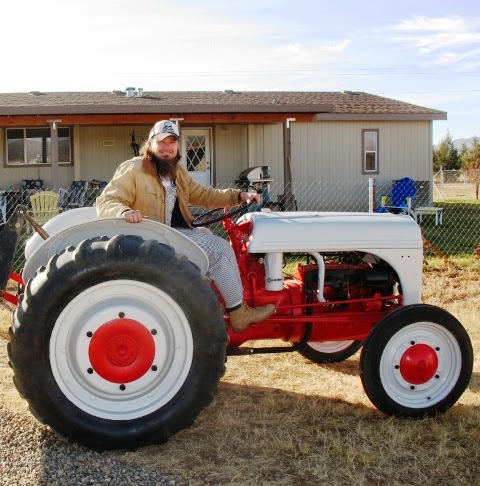 Lance did get the tractor fixed. Exciting stuff. Sadi makes the funniest whirring noise when her daddy is plowing the fields. She hasn't gotten a ride on it yet because Lance won't chance it. He needs both hands to operate it and he's afraid she'll fall off. I can imagine how excited she'll be when he finally gives her a ride.
Posted by Brenda Whiteside at 7:40 AM