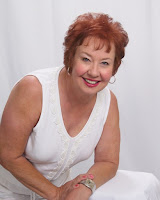 I have a character in Streetwalker, my heroine’s love interest, who is a cheater. Not really a liar so much as an evader. You know, sin of omission, on the lying front. You see, he can’t help himself. He is a sex addict.

Harlan never had to account for his actions and slept around with impunity--until, that is, Carrie showed up on his doorstep. Literally.

As she worked her way into his affections, he had twinges of guilt about his actions, but he was unable to control his compulsion to scratch his itch.

When Harlan’s backstory emerged, I wanted to do more than the old wandering-eye thing with him. I have done a considerable amount of research on the psychology of sex addiction and have been intrigued with the findings. I am trying very hard to make sure I adhere to the best thinking on whether or not this is an addiction, what the characteristics of the addiction are, and, if an actual addiction, what can be done about it.

Additionally, I’ve read lots of articles on cheating, what causes it, how to spot it, and what can be done about it. Interestingly, counselors think cheating may be as high or higher in women, but it isn’t reported as often. And Carrie does her share of playing around in retaliation for Harlan’s behaviors and because she feels neglected and undervalued. She has big-time self-esteem issues.

Hypersexual Disorder (sexual addiction) is one of those syndromes that psychologists can’t agree on. Is it an

addiction that should have been included in the Diagnostic and Statistical Manual of Mental Disorders-V, or is it not? Is sexual addiction merely a character flaw as opposed to a psychological condition?

The history of the DSM and what gets included is quite interesting, but a topic for another blog post not this one. For example, the DSM-III included Hypersexual Disorder, but it was removed in subsequent updates due to lack of research data. There are researchers checking this out as we speak. Imagine telling people what your day job is!

It would be a tricky line to research in that there is, and should be, an acceptance of the wide variation of sexual appetites. What is Hypersexual Disorder, anyway? In psychological terms, a syndrome is a disorder that interferes with relationships and life’s activities.

The DSM-V, our guide to mental disorders, is gray on the area of sexual addiction. Nevertheless, there are folks out there, men and women, who engage in risky sexual behaviors with multiple partners who have had the public light shine on them. You read the papers. You know who I’m talking about.

So, let’s just focus on men who cheat on their partners despite the high risk of being found out. Even if the DSM-V is not labeling them, we can in our books.

Harlan cheats on Carrie, both with prostitutes in his bordello and with his company attorney simultaneous to having a relationship, physical and emotional, with Carrie. How does a woman know about his cheating (or suspect) and what should be her response?

The first thing, research says, is not to blame herself if a spouse/significant other is cheating on her. It is common for women to take the fall. Sure, there are some responsibility issues in terms of what home and love are like for her guy, but cheating is a decision HE makes. He could choose another response to a less-than-perfect home situation.

Why people cheat is the topic for another blog, but if you want to write about a cheating partner, not just sexual addiction cheating, here are some signs you can include in your novel:

1)   She isn’t fooled. A deep down part of her knows he’s cheating, but she is in denial until confronted with incontrovertible evidence. Phone messages, phone hangups, discovered sexting, and online tracks are very common ways women find out.
2)   He is either too tired for sex at home (exhausted from the other woman/man) or he gets friskier because he is stimulated by the risk and the freshness of another partner. Bottom line: a sudden change in sexual energy should be noted. However, there can be health reasons for the change, too, so that should be ruled out first.
3)   He has large blocks of unaccounted for time. Now maybe he does have to work a lot of overtime. It happens.
4)   He used to talk about Dianne all the time, now he never mentions her. Maybe he is concealing something he doesn’t want his mate to know. Or maybe she quit the company and he never sees her so he never mentions her. Nice plot line you can use to obfuscate a real affair.

If you want to fix the relationship, here are some strategies for your book:

1)   The cheating relationship has to be over. You cannot repair the rift unless he gives up the affair. Nice plot points are possible if he is trying (as I have Harlan do), but he can’t quite do it yet. Or maybe you have him go cold turkey.
2)   An affair has the potential to fix what was wrong with the original relationship. Each may realize the importance of the relationship and work hard with whatever tools they can find. But, the possibility of backsliding is there. How much self-control does your male character have? Might he return to his old ways? Can she trust him? Lots of plot possibilities here, too.
3)   Healing takes time. Have your heroine take a break, maybe consider having her own affair. Separation allows both parties to examine what is important, why they got together to begin with, and what each wants from a healed future together.
4)   Forgive, but don’t forget. Both parties have to work at a relationship. Have your heroine examine her own behaviors to help mend the marriage. But the affair should remind her to be vigilant and watchful without being paranoid.
5)   Intermediaries can help both parties process issues. It is not easy to find the right help for each person. A plot point can be that search for the right counselor. Your couple may have to “kiss a lot of frogs” in their search for marital assistance.
6)   Realize that infidelity doesn’t end relationships; how couples deal with it is what ends it. Again, a plot point can show the fits and starts of the healing process.

Then again, sometimes the relationship should and must end. No amount of fixing attempts can fix it. That is the often the starting point for highly successful romance novels. Go forth, and let your characters sin. 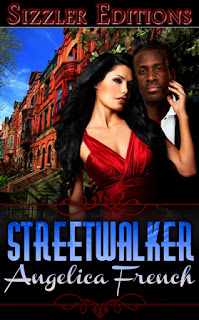 Sharon Arthur Moore is the author of Streetwalker and the author of culinary mysteries. She is truly living the dream.
www.sharonamoore.com
angelicafrench.blogspot.com
SAMWriteAway.blogspot.com
Twitter @RomanceRighter
FB Angelica French

Amazon Buy Link
Posted by Brenda Whiteside at 6:27 AM