Ever so often, a character from one of my stories will come to mind. They won't appear in the exact context of the book. For instance, I just finished writing a book and haven't started the next one. That led me to thinking about Phoebe, from Southwest of Love and Murder, who is a murder mystery writer. She's still living on the ranch with Mason and her son Sky. I actually wondered what she might be writing right now.

My brother just got back from an Alaskan cruise, which led me to wonder about
Sandra Holiday from Sleeping with the Lights On. Last time I heard from her, she worked as a tourist guide at a lodge in Alaska. We might've had a cup of coffee in my backyard in Minnesota before she left for the frozen tundra.

August, from A Legacy of Love and Murder, married an Austrian Inspector who bore a striking resemblance to James Bond, the Sean Connery version. I imagine she's learned to ski and sold her art studio in Tucson. Maybe she visited my Austrian friend at his lodge in the Alps.

Yep, my characters are like friends, living far enough away that I don't get in on their daily life since they solved the murder, calmed the suspense, and went on with their lives. I miss them at times just like you miss distant friends.

When you read my books, I hope you are totally wrapped up in my characters' lives. But my guess is, when you reach "the end", the story really does come to an end for you. Not so, for me. 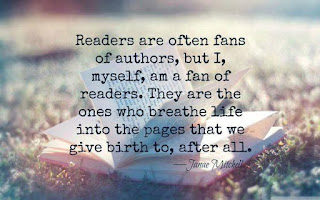 Call me weird, but what I create, lives on. I miss them and hope the story I set in motion, the one they revealed as I wrote, continues to be the happily ever after life they deserve. And may the villains stay where the villains were condemned to when last we met. (although the truth is I thoroughly enjoyed knowing them too!)
Posted by Brenda Whiteside at 3:00 AM