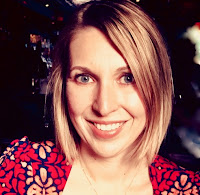 I have to admit. I’m a sucker for a witty, wicked retort. Sometimes they’re only said in my head, because you know, appropriate behavior. I think my mom has a direct line into my brain (don’t all moms?) where she’ll remind me to not be a smart alec (I only asked her once if she’d rather me be a dumb alec. I got grounded…after she stopped laughing).

The heroine in my first trilogy had a dry sense of humor, but hers was much more restrained to fit the theme of the story. But then, I met Elaina, the heroine of my newest novel, Vortex. And, that’s when I came to realize that she is my spirit animal.

Elaina is a shove-her-sleeves-up-and-get-it-done kind of girl. As a storm chaser, she’s part scientist, part thrill seeker. She’s much more comfortable hanging out with guys, but also has a soft side, especially when it comes to her beloved yellow Lab, Nimbus. But, what I love most about Elaina is her sense of humor and quick wit.

For example, in the “meet cute” of her and fellow storm chaser/TV meteorologist, Seth Maddux, she catches him watching her while practicing yoga. And, in true Elaina fashion she couldn’t bite her tongue and let a prime time for a wicked comment to pass her by. Let’s take a look:
A man leaned on the gate behind her. His wavy blond hair reflected the fiery colors of the sunset. The crystal blue color of his eyes perfectly matched his polo shirt.
Elaina squinted, trying to make out the logo embroidered in white, frowning when the upside down words ‘Forecast Channel’ came into focus. “It’s rude to just sit there and watch,” she called out before hopping her feet between her hands and finishing the Sun Salutation.
“Didn’t want to interrupt your yoga.” His smirk morphed into a full smile. “What time is Pilates?”
Elaina tugged at the hem of her long-sleeved T-shirt and shoved the sleeves back up her arms as she walked toward him. “Studio’s all yours. Enjoy your Kegels.” Elaina reached for the gate, but he didn’t move.
His hands covered the latch and the fingers of one hand curled around it, holding her hostage in the smelly, algae-infested pool.
His eyes stayed on hers, but she could tell they wanted to roam.
Then again, who knew how long he’d been watching her. He’d probably already got an eyeful.
Pervert.
“That sounded like an insult.” The congeniality in his words was pulled tight over a challenge.
“You’re smarter than you look.” Elaina crossed her arms and narrowed her eyes. Challenge accepted. “It was definitely an insult.” She shot her gaze to the latch and back up at him. “Do you mind?”
“Seth Maddux,” he said, extending his top hand, but still keeping one over the latch. “Forecast Channel. I’m covering the outbreak tomorrow. Which tour group are you with?”
She scowled at his hand but didn’t reach for it. Typical male MO, to assume she was a passenger, rather than a driver.
Her momma had taught her about boys like this.
“The one you need to avoid.” Like a snake striking, her nimble fingers reached under his hand a flicked open the gate.
He stumbled back, standing aside as she pushed past him.
She was nearly back to her room when he shouted. “Hey, I never got your name.”
“Nope,” Elaina said over her shoulder. “You didn’t.”

When Elaina quipped about Kegels, I snickered and did a little mental fist pump for her. But then, Seth dishes it right back at her a few scenes later when he and Elaina officially meet:
She studied his shoes, sturdy hiking boots with the laces double knotted, before moving up the jeans, a medium dark wash, past the bright blue polo shirt before settling on the white embroidered logo. Forecast Channel. Does he have a million of these shirts?
Her face warmed as her gaze found Seth Maddux’s over-confident smile.
“I’m fine,” she managed to get through her gritted teeth. Her mouth twitched, wanting to say more, but her filter clamped down hard.
“I’m glad you’re here,” Dr. Pierce continued, seemingly oblivious to Seth’s self-satisfied face and her scowl. “Elaina Adams, Seth Maddux. Seth is a reporter with the Forecast Channel. Elaina is my brightest doctoral candidate.”
Seth’s smile widened. “We met, briefly, down in Texas. Thanks for that exercise tip, by the way, I feel tighter already.” He punctuated his sentence with a wink.
“Oh, uh, yeah, um,” the words tripped over Elaina’s tongue. Sweat pricked at her forehead. She might be the first case of spontaneous human combustion by humiliation.

So yeah, she can dish it, and she can mostly take it. But she might have met her match with Seth. 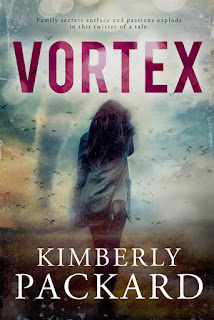 On the outside, this book presented itself to me as a fun little romp around tornadoes (words I never thought I’d put together), but when I dug deeper as I wrote it, I found it was about family, identity, secrets and digging deep to find courage. Without Elaina and Seth’s humor, it would have been a pretty heavy story.

Humor can lighten a tense situation. It can make a reader laugh, brighten their day and, most importantly, it can intensify a reader’s connection to the story and characters.

A close encounter with a tornado during the final months of Elaina Adams’s doctoral studies jogs a lost memory to the surface. Desperate to relive the vision and find answers, the storm chaser continually puts her safety at risk by placing herself in the path of dangerous storms. Vortex is a story of family, love, identity and determination set against the thrilling backdrop of Tornado Alley.

You can read Vortex on Amazon (it’s available in Kindle Unlimited) here: https://www.amazon.com/Vortex-Kimberly-Packard-ebook/dp/B07MKLN9YY/