Getting Hooked on the Book #reading #ThursdayThoughts 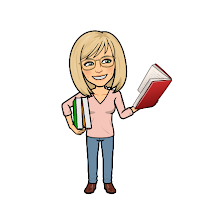 The first few lines of a novel are the most important in the book. For a reader that isn't necessarily the case. It's highly unlikely you would throw away a book you'd paid for or delete it from your eReader if the first paragraph doesn't totally knock your socks off.

But for an author, the first sentence or two can make or break your book. I might be overstating this slightly, but if an author can't rope in an acquisition editor that quickly, her book may never make it to print. Editors are busy people with hundreds of manuscripts to read. They need to be quickly convinced their time won’t be wasted by investing an hour in reading further.

As an experiment, I pulled some of my favorite books to see how they begin. I tested the rule to see how impressive these published, successful authors did with their first couple of lines.

Diana Gabaldon, Outlander
"It wasn't a very likely place for disappearances, at least at first glance."

Maeve Binchy, Circle of Friends
"The kitchen was full of the smells of baking. Benny put down her school bag and went on a tour of inspection."

Robert James Waller, The Bridges of Madison County
"On the morning of August 8, 1965, Robert Kincaid locked the door to his small two-room apartment on the third floor of a rambling house in Bellingham, Washington."

Harper Lee, To Kill a Mockingbird
"When he was nearly thirteen, my brother Jem got his arm badly broken at the elbow. When it healed, and Jem's fears of never being able to play football were assuaged, he was seldom self-conscious about his injury."

Hmmm...A couple might pass the test, but all in all, it’s going to take at least the first page to hook me. More than likely an editor will give you that much - that is if the synopsis doesn't kill your chances. A couple of these do rope me in after the first page, but a couple of others took even more reading to make me want to turn the next page.

In the end, I'll keep doing as they say and not as they do. Trying to hook a reader on the first page is a good model to follow.

I'll end with the first lines of a few of my stories.

"I woke before Wesley that morning, the first morning waking up next to him. I silently yawned, stretching my feet against the cowboy sheets tucked tight at the foot of his bed."

"The throb behind Abigail’s eyes scraped at her temples like chiseled fingernails. She squeezed her lids tight. Was the sheet twisted around her?"

"The cheap chenille could have been angel hair as I smoothed the spread over the bed, my mood sunnier than the faded yellow walls of the room. For most of my life, I'd never had my own room."

"Phoebe awakened sudden and breathless. Not slow like when the sheet tangled around her legs or when she needed a trip to the toilet in the gray fog of near-sleep. What noise had she heard that now wasn’t there?"
"Lacy quickened her pace. The footsteps behind her did the same. As fast as her feet touched the bricks, her heart beat twice that speed. If only she could clear the narrow alley, step onto the lit sidewalk…"

When I separate them away from the rest of the text, it's easy to see which have "oomph" and which do not.

Do you have any great first lines that hooked you on a book?

Posted by Brenda Whiteside at 8:25 AM