Please welcome Jan Selbourne. She has a fascinating premise and WWI is her backdrop. Read on!

In 2015, I joined an Anzacs on the Western Front tour, visiting the battlefields where my grandfather served during World War One.  Looking at the lovely towns and villages and soft green fields it was hard to imagine the horrors of that war until our guide held up enlarged photos of blackened, treeless wastelands littered with bodies of men and horses.

We visited the immaculately cared for Commonwealth War Graves and memorials and it was very humbling to see the thousands of graves of young men who never came home. Particularly sad was the inscription on so many headstones - "Known Only to God"." I could only assume their bodies were unrecognizable, and their identity discs buried in the mud or blown elsewhere. .

After the tour ended, I got to wondering if it was possible for a soldier to swap identity discs with another who had been killed in battle.  In those days, War Service records were hand-written. It would have been a mammoth task to record the thousands of injuries and deaths from each battle. Curiosity grew to a real need to know, so I contacted London's Imperial War Museum and the Australian War Memorial in Canberra asking that question.  Both replied that it was possible but unlikely because the chance of discovery was high and the penalties very harsh. Neither would confirm it did happen, but that was good enough for me to write The Proposition. 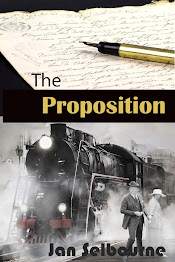 War changes a man. For Harry Connelly it’s down to a bullet on the Western Front or arrest and prison at home – until, badly wounded, he collapses beside the body of Andrew Conroy.  Same build, same coloring, illegitimate, no known family. What does he have to lose?  Harry swaps identity discs.

Now Andrew, he’s another face in post war London until a letter. A cousin from the dead soldier’s unknown family wants to meet, to make amends.  Barely surviving on his pension, ‘Andrew’ agrees and is presented with a shocking proposition. Accepting is out of the question, refusing pushes him into a nightmare of murder and blackmail and a very frightened Lacey Haines.

Lacey is barely coping with the consequences of her sister’s treachery until Andrew saves her from a vicious assault. Can she trust him when she’s hiding secrets that could kill them both?

Andrew forced himself to look at her. “Please hear me out before you throw me out. There’s no other way to say it. I am not Andrew Conroy.”

He put up his hands. “I am not the killer! I am, or was, Harry Connelly. Andrew Conroy and I were two of the thousands of men at Amiens, preparing to face another hell for King and country.”

An anguished whisper. “What on earth are you saying?”

She didn’t speak while he told her everything from the day before the battle, the bloodbath, Conroy’s lifeless body, his injury and discharge.

“You stole a dead soldier’s identity discs and left him to be buried without his name?”

“He’d already gone to the hereafter. I doubt identity discs would make any difference there.”

“Hereafter or no hereafter, it was despicable,” Lacey whispered contemptuously. “So, you were discharged and went on your merry way as another man.”

“Not a merry way, a room in a boarding house drinking too much rum. Then Elliot’s letter and the real reason why he invited me.”

He told her, watching her expression change from scepticism to disbelief.

“Do you really expect me to believe that ridiculous story?” Lacey looked at Gina and dropped her voice. “You’ve used Gillian’s letters to cover up why you were there.”

“Her letter about Elliot’s proposition which would give her money to leave England? Why did Elliot hire an investigator to find me? The reasons why he was so desperate to produce a child and why he needed a substitute will be the reason behind those murders.”

A shadow of uncertainty crossed her face. “I don’t believe a word you’ve said.”

“It is unbelievable, its obscene and it’s the truth. I’ve told you he locked me in a room upstairs. It was pitch black and sheer luck I found an adjoining door to the next room. I went downstairs, knocked out and you know the rest.”

“You can’t prove one thing about that night.”

“Neither can you,” he hissed back at her. “You’ve told everyone you didn’t know your sister’s whereabouts and by incredible coincidence you were there that night. Did you really hide in the kitchen? Did you hit me on the head?”

Her mouth tightened, then the question he was dreading.

“Why did you take Andrew Conroy’s identity discs?”

“My career in the police force ended when I belted the son of a Member of Parliament senseless, and my wife humiliated me for the last time.” 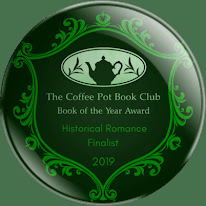 Posted by Brenda Whiteside at 11:10 AM