You've probably heard of "the town too tough to die." Tombstone, Arizona has been romanticized, written about, and immortalized in numerous movies. My guest today, Vali Benson, has a new book about that wicked town and a very wicked woman. Makes for some wickedly fun reading. Take it away, Vali... 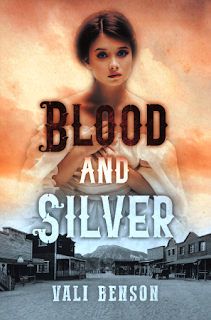 Miss Lucille was a tough, callous, and calculating businesswoman. She controlled and operated one of the busiest brothels in the hottest boomtown on the western frontier. In 1880 the place was famously referred to as “The Town Too Tough to Die”, Tombstone, AZ. Miss Lucille was a woman of her times but even for the Wild West, she was more merciless, conniving and ruthless than most. Many characterize her as wicked.

Lucille Dobbs was born on her grandparent’s farm in southern Illinois in 1850 to a drunken father and a pretty teenage mother.  As soon as Lucy could travel, her mother robbed the old folks of every valuable they had and took a stage to St. Louis with the baby.

Lucy’s mother was popular on the seedy waterfront. But she developed a severe opium habit, thanks to the man she worked for.  And little Lucy caused major mischief along the docks.  So the man decided to move on, with Lucy, her mother and two other girls, as well as a big, runaway slave named Jonah.

At age twelve, Lucille was a survivor. Random   events always seemed to favor Lucille. Her useless mother was inflaming her temper, which had become a very dangerous thing to do.  She resented the extra mouth to feed, and especially the cost of the drugs. So when her mother took a nasty spill from a wagon and broke her neck, Lucy swore she didn’t know what happened.  She told her companions, “Oh well, it’s for the best”.

Times were tough and it was apparent to the strong girl that if she didn’t look out for herself, no one else would.  With very little trouble, she took over the man’s business.

After the Civil War, her greedy nature led her west. Having rid herself of the man and the two girls, (after reliving them of their money at knifepoint), she and her servant Jonah took off for San Francisco. The gold rush was over, but the city was still flush with money.

It was not long before Lucille found a protector, a man with money, but weak enough for her to manipulate. Frank Morrow owned a nice dance hall on the Barbary Coast. She informed Frank that she was turning the dance hall into a brothel. Frank objected; he was found dead in the alley the next morning and Miss Lucille, as she was now known, took over. She informed the singers, dancers, and hostesses that their duties would be expanded.

The “accident” that befell Frank became a recurring theme in Miss Lucille’s life. Maybe it was just coincidental; perhaps wickedly coincidental?  If one of Lucille’s girls worked up the courage to leave her employ, they would always seem to wake up dead the next morning. When what little law there was on Barbary Coast began to connect the murders, Miss Lucille realized it was time to move on.

An old acquaintance wrote Miss Lucille and told her to join her in the boomtown of Tombstone with her best girls.  The lure of new money was more than she could resist. And she needed to disappear.

This is where the book Blood and Silver finds Miss Lucille. She is viewed through the eyes of twelve-year-old Carissa, the daughter of Miss Lucille’s most beautiful working girl, Lisette. Not only does Miss Lucille rule by fear, she keeps Lisette under her control by plying her with laudanum. Carissa knows that it is only a matter of time before she will be forced into the trade by Miss Lucille or that her mother dies, or both. Will Carissa figure out a way to save herself and her sick mother from Miss Lucille, or will Miss Lucille brandish her trusty stiletto again? 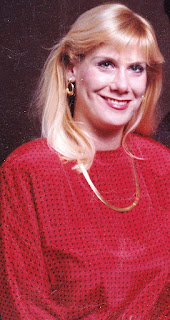 After graduating from the University of Illinois, Vali started and sold two successful businesses before she decided to pursue her real passion of writing. She published several articles in a variety of periodicals, including History Magazine before she decided to try her hand at fiction.

In April of 2020, Vali published her first novel, “Blood and Silver”. That same month, she was also made a member of the Western Writers of America.