I'm a believer. Are you? In ghosts and the unexplained, that is. Anna M. Taylor is back with some fascinating facts. I've seen one of the types she tells us about when I stayed in a haunted hotel in Flagstaff. She's done her research and written a fascinating romance. Enjoy the read today!

In A Little In Love With Death my hero, Mitchell Emerson, has lost the love of his life because she believes in ghosts and he does not. He believes he can win her back by discovering what is really haunting her childhood home. Instead what he learns is there are definitely more things in heaven and earth than are dreamt of in his philosophies. I had fun doing research on spirits for A Little In Love With Death. Here are five that I learned of:

Interactive Personality – This is the traditional manifestation of a spirit, usually recognizable as person

Poltergeist – This is an animated spirit that makes noise by moving or knocking things over. It’s often explained as energy being controlled by someone alive and unaware of what they’re doing.

Orbs – These are balls of light that hover and can be human or animal that take on this shape to make it easy to travel. 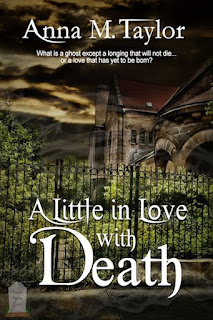 “‘Our struggle is not against flesh and blood, but against powers and principalities, against spiritual wickedness in high places.’”

“That’s your realm more than mine, John. You’re the philosophy and religion professor.”

Mortimer leaned back, his fingertips steepled. “But it’s why you sought me out, why you’re talking to me about this.”

“Granted, but as I’m not in the camp of Biblical literalists, I don’t know how to interpret that verse.”

Mortimer smiled. “Perhaps you’re more comfortable with Shakespeare? ‘There are more things in heaven and earth than are dreamt of in your philosophies, Horatio.’”

Mitchell shrugged. “Too metaphysical for someone who recently just put religion back in their portfolio.”

Mortimer leaned a forearm across his desk’s glass surface. “So why don’t we start with the answer you want and work our way back to the truth?” 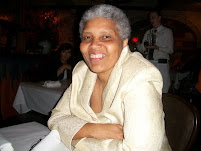 Find Anna and her other book here: https://www.amazon.com/Anna-M-Taylor/e/B0894LFCTV
Posted by Brenda Whiteside at 6:04 AM