Dee is back and as always, not only entertains but makes us think. Wicked is as wicked does. Now, is that good or bad or just plain fun? Let's ask Dee. 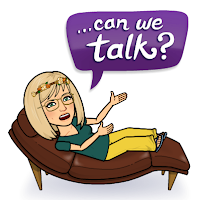 As a writer I have to admit that keeping up with contemporary language is really hard. I’m not in my 20s anymore. I don’t have children, young or old, so I don’t have young grandkids hanging around to help me out. For that reason, sometimes when I hear slang I do a double take.

The first time I heard wicked being used as an adverb, I had to stop and think about it. Was the reference good or bad? After all, wicked meant that something was morally bad, right? Or malicious or dreadful. But no, in this case wicked just meant the object was a lot of whatever came next. Wickedly good, wickedly hard, wickedly wicked. Okay, easy enough. But I’d just got wicked down when I heard someone say that what they were looking at was sick. And in saying sick, they meant good. What?? Good Lord, what’s a girl to do??

Finding a slang dictionary was a start. I found Green’s Dictionary of Slang accidentally, and in a sense of desperation. But much of what’s in Green’s is old style slang. For something newer, I just had to look up sites that had current slang. I’m writing a character who would know a lot of street slang because the streets are where she does her work and she has a younger sister. Why or why would I conceive of such a woman when I myself know no slang? I’m a masochist!
Marin is a woman who has done whatever it takes to keep herself out of jail and to watch over and raise her sister. She’s extra—barely—until her sister gets herself mixed up with a badster. Yes, even in college the kid doesn’t know that FOMO can lead to a lot of trouble. In this case, trouble for Marin. Marin has never let her sister see the badness she sometimes has to go through to keep them safe. Now, Marin has to lie like truth to the hero, Mark, in order to keep her sister from the POS who has her in thrall. It won’t be easy. Or maybe it will. Mark is the furthest from a man she would describe as highkey. Will she slay the job of ripping off Mark in order to safe her sister?

Good golly, after reading that last paragraph I hardly know what I mean. Integrating slang into my story at the right points is going to take some work. But I know I’ll slay it and make a wicked good story. Or else, I’ll be shook.

How do you keep your dialogue fresh and current?

Only with the Heart is book 3 of the Good Man series. 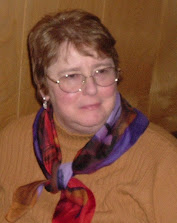