One of my favorite guests is back today with a fun post about those fearless old west pioneers for Fearless Friday.

When Jack and I were driving truck across the country, I thought a lot about the westward movement in the U.S. and what it took to make such a move, especially for the women. We see movies and TV shows about people heading west and they always show wagons and guys on horses and piles of stuff people took with them. The truth was much different. Women and men walked most of the way west, since the wagons, oxen, and horses were needed to haul the loads of foodstuffs and household goods needed at their destination. Even then, very bulky or heavy equipment, like stoves and such were dumped along the way as the terrain got steeper and the animals grew more worn.

So many people hit the westward trail that wagon wheel tracks can still be seen in Nebraska. We once went down a mountain in Oregon covered in ice where I was certain we would jackknife and crash. I was scared to death. Jack’s hands were white-knuckled on the steering wheel as he continually turned the wheel just enough to catch the trailer tires on the gravel the states throw down out here instead of salt. We would drift a little…catch!...get back in line. Wash, rinse, repeat, until we reached the bottom of the grade. I wish I could say I was fearless during that trip, but…not really. Yet at the rest area at the bottom, we read a historical plaque that told of pioneers who winched their wagons down the steep hillside that backed the area because the grade was too steep to drive down. That was fearless.

I’ve often thought that I did some pretty fearless things while we drove truck. Just giving up everything was fearless to take off for a very uncertain job showed some fearlessness on y part. But thinking of the pioneer stock who took off for the west with no guarantees, no knowledge of what they would find or what it would take, no inkling of the deaths that would happen, the worldly goods lost, the joy—or disappointment—on the other end, I realize that I haven’t been fearless at all. Had I lived during those times, I’d have stayed in Boston, shaking in my boots!

To get a really good idea of the westward movement, you might want to read Women’s Diaries of the Westward Movement (Lillian Schlissel). I used it as reference when teaching sociology. 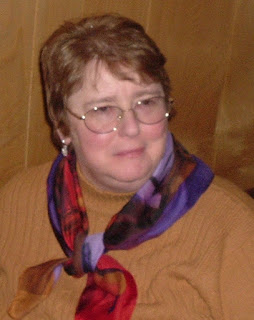 Posted by Brenda Whiteside at 10:11 AM