Please welcome my guest, Anne Fowler, with a fun story from her past. Remember those days of being fearless in the face of authority? And getting away with it? 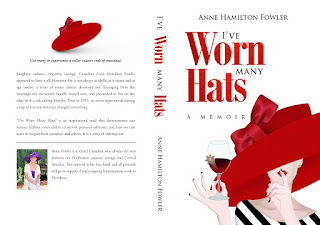 Prior to 1988 when Ontario joined in with the rest of Canada’s provinces in eliminating grade thirteen, The Ministry of Education distributed a standardized test on each subject to all schools across the province and everyone wrote the same paper. Algebra?  Definitely not my best subject.  In fact, I suspect the phrase “it’s Greek to me” would be an apt statement when applied to my mathematical abilities.

Students from our Grade 13 A – 13D classes were herded into the gym to take the Christmas exams under strict teacher supervision. They monitored our every move, well perhaps not every move! At the command to start, MAL (Anne) turned over her exam paper and quickly realized there was no way on God’s green earth that she could achieve even close to a passing grade. She may have been a dunce in algebra but there was no lack of Machiavellian ideas swirling in her brain. A plan providing escape from the certain  humiliation that would come her way as a result of failing, went like this:

* do not pass go, head directly home for lunch (one block from school

* Mother was conveniently out

* burn the offending document in the fireplace, smother the flames and embers

* eat some lunch and return to school

Everything went off without a hitch. She returned to school in the afternoon appearing unphased and wrote an English exam, her best subject.  Looked like “the plan” had worked!

The next day algebra teacher Mr. Walton approached MAL and said “Didn’t I see you in the gym yesterday writing your exam?”

“Yes of course,” said the very picture of innocence.

“Well, the strangest thing” he said, “we don’t have your paper.”

Now the tears came on demand. “But I studied so hard. How could you lose it?! Boo Hoo.”

“Not to worry, I’m sure it will turn up and has just been misfiled.”

Misfiled in my fireplace she thought.

Ultimately MAL had to rewrite the exam but since she had a really good  memory in those days, plus the tutoring of a math genius friend, she managed to squeak out a passing grade.

Was the incident ever mentioned again?  Yes and no. No during my high school days but some thirty-five years later at a reunion honoring LHS’s fiftieth year…...yes!

As I approached an elderly Mr. Walton, he held out a shaky hand, grabbed mine and said “Anne Hamilton, please tell me how you managed to make the exam disappear?”

Obviously, at the time of the crime, the teachers had discussed different possibilities and had figured out that they’d been scammed by Miss Hamilton, that year’s prom queen.

I wonder if they had considered confiscating her crown as retribution for what they clearly knew she had done but just didn’t know how?

And yes, to answer your question, I did tell him how I did it. Laughing he said, “We all had our theories but certainly never thought of that one!” 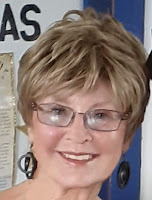 Anne Fowler, only child of Audrey and Stewart Hamilton, was raised in Toronto where she attended Leaside High School and Toronto Western Hospital School of Nursing. In 1962 American Airlines beckoned her to Dallas, Texas and life in the sky as a flight attendant. Twice divorced, Anne first married a young minister from Louisiana and then long-time best friend Dr. Bob Fowler of Toronto. They raised a daughter and son who later produced one grandchild each… a grandson and granddaughter. In 2001, Anne retired, closed her company Hamilton Enterprises and left behind a thirty- year career in Human Resources. She relocated to El Progreso, Honduras to volunteer at a clinic where ophthalmic and dental care are provided for patients who lack the funds to be treated elsewhere. During this time, Anne developed the Visiting Doctor program for international ophthalmologists, started the Healthy Living Education project in local elementary schools, and helped with a variety of clinic and community activities. In 2005, after purchasing property in the small north coast village of El Porvenir, she built Hamilton Benest House, a home that provides accommodation for visiting dentists, doctors, teachers and other volunteers. Her major program in 2021 is Phase Two of the Healthy Living Program. This annual dental program, conducted by two Canadian dental teams, provides dental care for over 1,000 elementary school students. Anne's programs continue to thrive and she is still developing community initiatives designed to improve the lives of Hondurans. Anne divides her year between El Porvenir and her Haliburton cottage north of Toronto
Posted by Brenda Whiteside at 12:30 AM