Hey, Readers, you're in for a treat! You can experience a taste of ten of the stories from the extremely popular Honky Tonk Hearts series and be eligible to win, win, win!
This is a blog hop you are certain to enjoy. Gus Rankin himself has provided the instructions so read below.

Ladies, I know what you’re thinking. You’re thinking old Gus, owner of The Lonesome Steer honky tonk couldn’t have brought together all the lonely, broken hearts that he did. But I’m here to tell you I have. Not only do I have the pictures of these couples in my office to prove it, but there’s been a whole series of romances written about the men and women who found love at The Lonesome Steer. And just like every one of my couples, each of these romances is a keeper.

The authors of these books have put together a Valentine Honky Tonk Blog Hop, an easy way for you to get a sneak peak at every story. And there are prizes to put a bounce in your Texan Two-Step. To be eligible, visit each blog link below and leave a comment. The more hop stops you visit and comment on, the more chances YOU have to win a $50 gift card to The Wild Rose Press. In addition, the publisher has provided a second grand prize of a $25 gift card to The Wild Rose Press and a TWRP Mug for a random commenter (Sorry, US visitors only for the mug prize). Some of the ladies will also be giving away their own personal prizes. So whatcha waitin’ for? Happy hoppin’!

LEAVE YOUR COMMENTS HERE ON MY BLOG AND AT THE BLOGS BELOW FOR MORE CHANCES TO WIN!


Nothing But Trouble by Jannine Gallant
Sing to Me, Cowboy by Lauri Robinson
Honky Tonk Man by Sylvie Kay
A Song for Sophie by Mackenzie Crowne
Those Violet Eyes by Vonnie Davis
Cowboy-sexy by Donna Michaels
Lonesome Cowboy by Stacy Dawn
Back Where You Belong by Vonnie Davis
Lost Memories by Sherri Thomas

Just for leaving a comment on my blog, you'll have a chance to win a $10 gift certificate to The Wild Rose Press. So leave me a comment and then hop on over to all the other blogs for more prizes. Be sure to leave your email address in your comment so I can contact you if you win.

My story is entitled, The Morning After, the tale of Abigail who wakes up with a redheaded cowboy named Bobby next to her in bed - a cowboy she's never seen - who believes in love at first site. Below is an excerpt from a scene that takes place a the Lonesome Steer Honky Tonk - the bar Gus owns. 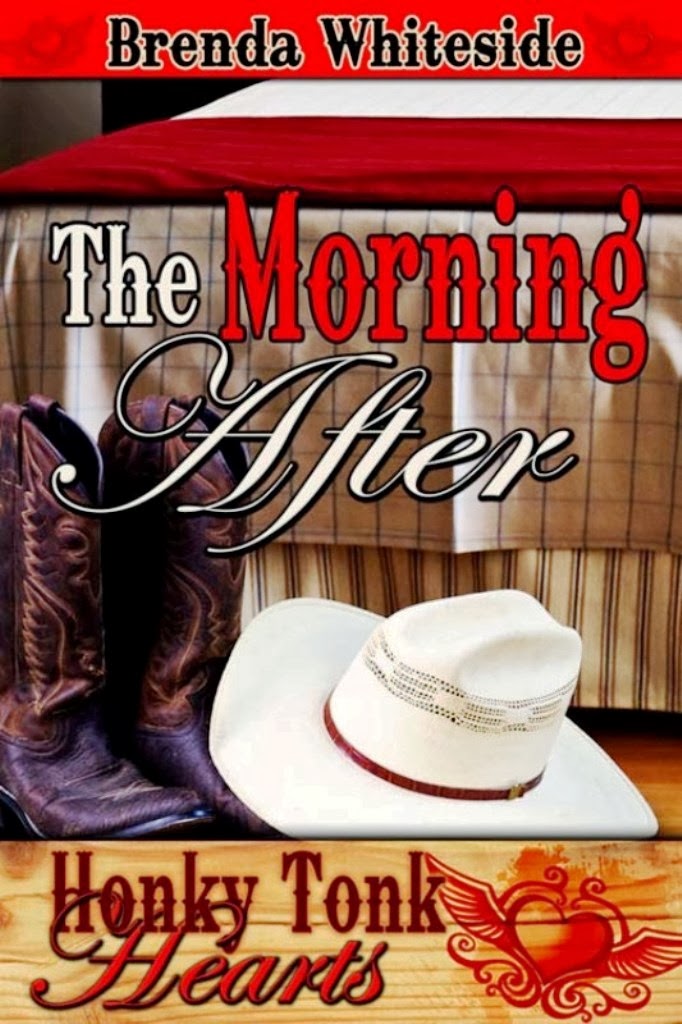 THE MORNING AFTER
Knees shaking, Abigail concentrated on the door of the Lonesome Steer Honky Tonk, but as she came next to Bobby her heart hammered faster. Her neck stiffened, and in her peripheral vision, his glare seared her. Once she passed, rigidity turned to jelly; her chin dropped. The crunch of gravel beneath her boots echoed in the night, mingling with the muffled music inside the bar. She glanced at the boots of the man who strode beside her, boots that rightfully labeled Tex a shit-kicker.
“I guess you need a little more time,” Bobby called across the parking lot. “I’ll be in touch.”
She rolled her eyes. His lady friend must be so drunk he wasn’t concerned with her hearing him.
The tall cowpoke opened the door, and music and laughter poured out. Abigail stole a glance back. Bobby’s fancy red truck remained parked, lights on, but the flashing sign atop the building reflected off the windshield obscuring the people within.
Tex urged her forward toward the bar. The band covered Garth Brooks’s song, Mr. Right, sending Abigail’s mood into a downward spiral—one thing she did remember from her marriage night was two-stepping with her redheaded hunk to that song.
Her new friend waited for her to take a stool and sat on the one next to her. She propped an elbow on the bar and rested her head in her hand. After a few minutes, time enough for Bobby and his woman to leave, she’d head out.
Down the bar, Kiera Rankin waved in her direction while her father, Gus, stepped toward them.
“We’d like a couple of Longnecks, Gus,” Tex drawled. Gus raised a brow when he looked at Abigail’s companion and darted a questioning look her way as he reached in the cooler for the beer.

Now get on outa here and leave comments at all those blogs!
Posted by Brenda Whiteside at 3:00 AM

Email ThisBlogThis!Share to TwitterShare to FacebookShare to Pinterest
Labels: Discover Yourself, prize, romance blog, The Morning After, The Wild Rose Press, western romance