Of Love and Vengeance by Louise Lyndon

MUSE MONDAY
Today's guest is Louise Lyndon. Hi, Louise. Tell us a little about yourself and your latest book.

Hi Brenda. Thanks for having me on Muse Monday. I've been writing for as long as I've been able to pick up a pen! However, I didn't know that I wanted to be a novelist until I picked up a copy of Diana Gabaldon's first novel, Outlander. That's when the novelist writing bug really bit me! I've played around with many genres but have found my voice in historical romance set in Medieval England. My first release, Of Love and Vengeance, was published by The Wild Rose Press, and released on December 19. Of Love and Vengeance was previously called, The Promise, which won first prize in the Crested Butte Sandy Writing contest 2013. 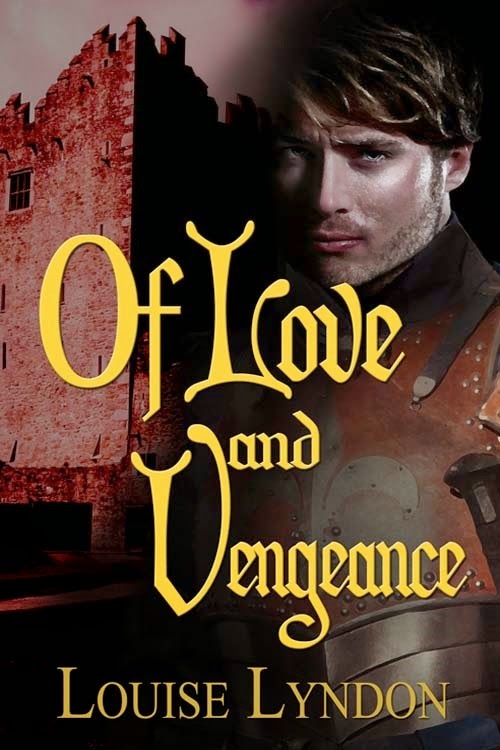 BLURB:
Forced to marry Lord Aymon to ensure her nephews survival, English Lady Laila vows undying hatred for the Norman she holds responsible for so many deaths. Discovering Aymon has committed an act of treason gives her the chance to seek vengeance he deserves.  But will Laila really let Aymon die once she learns the truth?

A hardened Norman warrior, Lord Aymon has lived through atrocities no man ever should. With the invasion of England over, all he wants is a quiet life and a wife who will give him heirs and obey his every command. Instead, he finds himself wed to feisty and outspoken Laila. But when she learns the truth of his treasonous act, can Aymon count on her to keep his secret?

Excerpt One:
Aymon caught a flicker of movement from a window on the second story. “I think we’re about to meet the welcome party.” An arrow zoomed toward him and landed on the pommel of his saddle. A half an inch closer and he would no longer be able to sire children. As if in demonstration of his ability with the bow and arrow, the shooter fired again. This time directed toward Hugh. The second arrow too came within a half an inch of his friend’s manhood.
“You missed!” Aymon called toward the shooter.  He questioned his stupidity for mocking someone with such a good aim.
“You want me to show you how good an aim I really am?” a woman’s voice echoed out across the yard.
“Bloody hell,” Hugh half cursed, half laughed. “Where does a woman learn to shoot like that?”
Aymon was shocked and admittedly a little impressed a woman had such remarkable shooting skills. He could use such a sharp shooter on his side in battle. After all, it was better to have someone so skilled firing for you than at you.
Aymon raised his black leather gloved hand in surrender. “No. I’m firmly attached to my balls, thank you very much.”
“Who are you?” the shooter demanded. “And what do you want? There is nothing of value here for you to steal. Be on your way, man, and leave me in peace.”
“Some would say a female is of value,” Aymon drawled sardonically.
A second arrow lodged firmly on the pommel between his legs.
“I do not give third chances. I’ll give you to the count of three to leave. Or else you will find an arrow straight through your heart.”
Aymon’s warhorse whinnied, and he fought to control the beast whose temperament was as black as his coat. “Put down your weapon!”
“One!”
“We mean you no harm!”
“Two!”
“I am Lord Aymon, and this is Lord Hugh. I’ve come to claim what is rightfully mine.”
Silence.
The two men looked at one another unsure what to do. “Should we storm the building and lay claim to what is yours?”
Aymon shook his head. He dismounted but never took his eyes from the door to the manor. “She will soon make her appearance.”
Hugh, too, dismounted. “How can you be so sure?”
Aymon looked at his friend. “We do not have arrows through our hearts.”

AUTHOR BIO:
Louise grew up in Australia before moving to England, where for sixteen years she soaked up the vibrancy of London and the medieval history of England. She has since returned to Australia. In 2013 Louise won first prize in the Crested Butte Sandy Writing Contest – Historical Romance Category –for her story, The Promise, which has since been retitled as, Of Love & Vengeance. When not writing, she can be found crawling under barbed wire and hoisting herself over twelve foot walls!