A NEW AGE MEANS A NEW ADVENTURE by Susabelle Kelmer 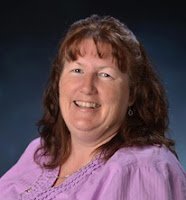 I’d like to thank Brenda for hosting me on her Fearless Friday blog this week.  My debut novel with The Wild Rose Press, Fairest of the Faire, came out this month (more about that later).  I’m feeling quite fearless these days!  Today I’d like to talk to you about my fearless moment, which happens to coincide with my reaching what I hope is the mid-point of my life.  Yes, I intend to reach 100!

Just before I turned 50 years old, I was laid off from the last job I thought I’d ever have.  I had been working in a community college in Missouri, realizing that I was going to get a really nice retirement out of it if I worked until 60 (I started when I was 39), and living a happy life.  That bombshell dropped the floor from beneath my feet, and I needed to consider very carefully how I was going to support myself and my family, and still get to retirement with some bank in the bank!  I was 50 years old, and worked in an incredibly niche field.  In addition, the economy in Missouri, which had somewhat weathered the 2008 recession, completely tanked in 2011.  Finding a job anywhere in my home state, where I was born and raised, was going to be extremely difficult.

An opportunity arose for me to move to Colorado for work in my field.  It was a really good opportunity, and while I would take a pay cut, and would have to endure a year or two of income that was not as secure as I would have liked, it was not an opportunity to pass up.  But it meant moving my family away from everything they knew, to something we didn’t know a whole lot about, 1000 miles from our well-developed safety net of friends and family.  I was comfortable and familiar with Colorado, as I’d spent time there over the years, but for my family, this was a serious change.  Everyone but me would have to find jobs – my grown daughter (she turned 18 on our way across Kansas) and my husband.  My grade-schooler would have to start all over making new friends and going to a new school.

We had a huge yard sale.  We gave some of our things away to family and friends.  We picked and chose what we wanted to take, and what was either too dangerous to move, or would not survive the move.  Every single one of my houseplants made the cut and got on the truck (I DO have my priorities!).  The gas grill did not (and I’ve regretted it ever since).  The lawnmower came, and the bicycles, but the dining room set was left behind.  The cats were packed in their carriers, much to their dismay, and away we went.  My oldest daughter had had her driver’s license barely a week when we left Missouri, and I put her behind the wheel of one of our cars, which was laden down with my antique mirrors in the trunk and the lawnmower strapped to the luggage rack.  My husband drove the moving truck with our youngest, and me, the cats, and the household linens pulled up the rear in my old Toyota sedan.  What an adventure!

Four years later, I know we made the right choice.  Hubby and the daughter are gainfully employed (she is going to college, too).  We have a house with big trees and a yard and gardening space, and a view of the Rockies from our front porch.  My job continues to keep me busy and well-versed in my niche field.  And I finally pushed myself to finish that novel.

What fearless thing have you done?  I’d love to hear about it in the comments!

Fairest of the Faire by Susabelle Kelmer
(Available now!)
Schoolteacher Connie Meyers is suddenly a young widow, her husband killed in a horrific car accident. Heartbroken to find out he had gambled away everything they had, she moves to her sister-in-law's Midwest home to rebuild her life. A trip to the local Renaissance Faire with her nieces leads to a summer job as a costumed storyteller.
Avowed bad boy and fair performer Gage Youngblood is infatuated with Connie at first sight. Despite his deliberately commitment-free life, and Connie's don't-touch-me attitude, he soon has her in his arms, realizing quickly she is also in his heart.
When she is threatened by her late husband's bookie, he steps into the role of protector, his fate forever sealed with hers.
Susabelle on the Web: http://www.susabelle.com
Susabelle on Facebook: http://www.facebook.com/SusabelleKelmer
Susabelle on Twitter: http://www.twitter.com/SusabelleKelmer
Susabelle on Goodreads: http://www.goodreads.com/susabelle
Learn more and buy today from Amazon or Barnes and Noble: http://www.susabelle.com/fariestofthefaire.html

Email ThisBlogThis!Share to TwitterShare to FacebookShare to Pinterest
Labels: Discover Yourself, Fairest of the Faire, Fearless Friday, Susabelle, The Wild Rose Press