Plentiful Bugs and the Missing Sock 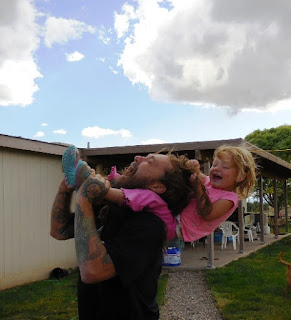 Bugs in the greenhouse, little girl socks sucked into the washer drain, drip lines spring leaks, trimming off garlic scapes, brother-in-law having a heart procedure, final edit on Post-War Dreams, Mom is planning to move to Prescott, veggies in the ground.

Yep, it's been a real mixed bag of events since the last post two weeks ago.

The greenhouse spawned tons of grasshoppers and what we call roly-poly bugs when the weather turned warm. As fast as the carrots came up, the bugs ate them down. We had to invest in preying mantis and nematodes to engage in combat. The good guys won. Farming without insecticides is a challenge.

We pay $61 a month for insurance on appliances, air conditioner, and the well pump. We've considered each year whether or not to drop it, but it's been worth the expense. In fact, I'm surprised they haven't canceled us. They've replaced our hot water  heater after a dozen repairs, fixed outside faucets, fixed inside faucets, repaired the clothes dryer and stove, repaired the well pump, and the latest was replacing a part in the washer because one of Sadi's socks was sucked down a rinse drain. 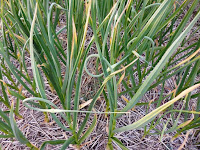 The garlic field's drip lines keep springing leaks. Luckily the repair parts are cheap. Trimming off garlic scapes and another round of weeding will eat up time this next week.

Farmer Lance has been involved in a project outside of  town so we were a little late getting some veggies in the ground. He planted more tomatoes outside as well as sweet potatoes, golden potatoes, zucchini, yellow squash, okra, butternut squash, and bush beans. It's a smaller field this year but enough for our personal needs. 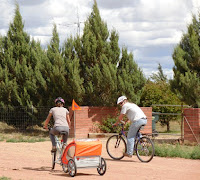