MUSE MONDAY
Penny Sparks has secrets that can ruin a presidential contender, got her family murdered…and mark her as the next hit. 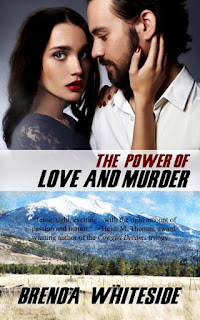 My editor dangled a juicy, carrot and now I’m salivating. Hmmm…maybe it was carrot cake, which would make my taste buds really sit up and take notice.
After completing book four in my Love and Murder Series and sending it to her three months behind schedule, she is still fighting for me to get a 2016 release date. Yes! (fist pump)
The down side to this great news is I have virtually little time to prepare for the release. It takes months to get appearances lined up, to find blogs to guest on, promo to plan, and the biggest of all…reviews. Reviews are the hardest to come by. A recent poll asking readers why they don’t leave reviews for books they’ve read, such as on Amazon, gave several reasons. Some of which are:
1.      They don’t think of doing it


3.      They didn’t think they were allowed to write an Amazon review if they didn’t buy the book from Amazon (if you’ve ever ordered anything from Amazon, you can leave a review)
So, I’m throwing out a challenge and a request, here and soon on my newsletter. If you’ll take the time to write an honest review, I’ll send you the eBook for free. I need ten reviews to give it a 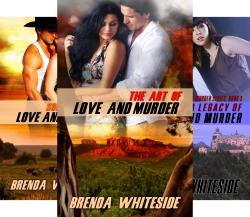 kickstart. If you’ve read the other three in the series, I guarantee you’ll want to read The Power of Love and Murder. Tell a friend.

I don’t have an exact release date, but send me an email and I’ll put you on my list.
brenda@brendawhiteside.com
Blurb for The Power of Love and Murder
For thirteen years, Penny Sparks has managed to hide from the political powers who murdered her family. When she unwittingly exposes her true identity, not only is she marked for death, but the people closest to her risk meeting the same fate.


Jake Winters is out of rehab and coming to grips with his demons. When he meets his sister’s roommate, Jake believes Penny might be that someone who can help him find life after rock star status…until her secrets blow up his world.


With a government agent turned hitman closing in on her, Penny and Jake race to expose the presidential contender behind the murders of her family. Even if they win the race with death, the murder that stands between them could end their hope for a new life.

Posted by Brenda Whiteside at 3:30 AM

Email ThisBlogThis!Share to TwitterShare to FacebookShare to Pinterest
Labels: Discover Yourself, love and murder, Muse Monday, romance, suspense, The Power of Love and Murder