Jerome, Arizona was a mining town that got rolling in the 1880s.

My next series is set in this picturesque town, a two hour drive from where I live. Although I normally hate research and put it off until I can't write another chapter without knowing more about the setting, I'm having a great time with this one.

The Jerome family, related to Winston Churchill’s mother, invested in the mines in the 1880s. The town grew because of the mining in the mountains, hanging precariously to the side of Cleopatra Hill in the Black Hills. By the 1920s, the population had reached 15,000.  It was truly the wild west and as colorful as a town can get. There were more prostitutes per capita than any other
city. The town was a melting pot of fortune seekers.

The stock market crashed in 1929, and by 1955 the population was less than 100. In the late 1960’s, people looking to escape the norm converged on the town. They squatted in abandoned buildings or bought run down properties for next to nothing. They came to be known as hippies, and they turned Jerome into a destination equal to Haight Ashbury and Taos.

Over the decades, there have been numerous fires, buildings sliding down the mountain, and political wrangling. Somehow the town hung on. Today, with a population of just under 500, a handful of the original hippies remain in a hard to get to area of the town. Many accounts of the town’s rebirth credit the free-spirited people who brought the town back to life and turned it into the
artsy community it is now while keeping the town in its original form.
As a lover of western culture and a wannabe hippie (I toyed with the lifestyle a little), I’m having a high time (excuse the pun) researching Jerome. 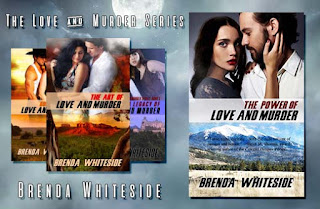 Until I get the Jerome stories down on paper, I hope you’ll read my current series mostly set in north and north central Arizona. The first four books in the Love and Murder Series are available. Book five will launch early next year. Amazon Author Page