Wicked is as wicked does! Please welcome my guest, Heather Weidner, with her Wicked Wednesday fun. 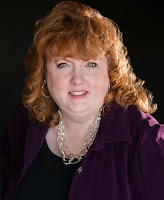 Thank you so much for letting me stop by and chat with your readers about my wicked character, Chaz Smith, and my new book, The Tulip Shirt Murders. It’s the second in my Delanie Fitzgerald mystery series.


Chaz is despicable and infamous in Central Virginia. He is notorious for driving his flashy Humvee, covered in bikini-clad models to advertise his sleazy strip club.  Charles Wellington “Chaz” Smith, III, a trust-fund baby descended from a distinguished Virginia family, first appeared in Secret Lives and Private Eyes. He’s a local strip club owner who hired my private investigator, Delanie Fitzgerald, to uncover some dirt on the mayor of Richmond. Chaz Smith had purchased some property that he wanted to turn into a second gentleman’s club, but the grassroots’ resistance to his effort got the attention of city hall. He thought if he had some dirt, he could use it as a bargaining chip in his permit negotiations. But he gets more than he bargained for.


Chaz has the worst table manners and no filter. He speaks whatever he thinks in the moment, but he grows on Delanie after a while. And it doesn’t hurt that he always pays in cash. Delanie reluctantly takes the case, but she has to spend most of her summer trying to clear Chaz’s name when the mayor ends up murdered in front of Chaz’s club, the Treasure Chest (which happens to be located in downtown Richmond on the site where Edgar Allan Poe used to write for the Southern Literary Messenger). And Chaz, who mouthed off and threatened the local politician, is the prime suspect.


The contemptible businessman reappears in The Tulip Shirt Murders with more requests for Delanie and her partner, Duncan Reynolds. He believes the police have the wrong man in an open and shut murder case. He believes the boyfriend of the victim, granddaughter of his family’s long-time housekeeper, isn’t the killer, and he wants Delanie to investigate. Delanie and Duncan’s research uncovers other similar cases, and they have to put the pieces together to find the real killer before someone else is murdered.


Chaz is always full of surprises. In The Tulip Shirt Murders, Chaz asks Delanie and her firm, Falcon Investigations, to research other property in the suburbs for a new idea he has. He wants to open a restaurant with all-make revue. When Delanie recovers from the surprise of being Chaz’s confidant, he also asks her to do some campaign opposition research for him because he’s decided that he’s what Richmond needs. He plans to run for mayor in a special election to replace the murdered mayor. Book three will include Chaz’s campaign adventures.


Chaz is a fun character to write because he is unconventional, gross, and often sleazy. My sleuth is sassy and spunky and gets herself in and out of all kinds of trouble, and Chaz is a good foil for her. He represents the underside of humanity and allows her glimpses into his world.


But the sleazy strip club owner isn’t a total villain. We learn in the first book, that his elderly neighbor adores him because he cat-sits for her when she goes to visit her sister in Cincinnati. And he is a loyal fan and supporter of Delanie.

Private investigator Delanie Fitzgerald, and her computer hacker partner, Duncan Reynolds, are back for more sleuthing in The Tulip Shirt Murders. When a local music producer hires the duo to find out who is bootlegging his artists’ CDs, Delanie uncovers more than just copyright thieves. And if chasing bootleggers isn’t bad enough, local strip club owner and resident sleaze, Chaz Smith, pops back into Delanie’s life with more requests. The police have their man in a gruesome murder, but the loud-mouthed strip club owner thinks there is more to the open and shut case. Delanie and Duncan link a series of killings with no common threads. And they must put the rest of the missing pieces together before someone else is murdered.


The Tulip Shirt Murders is a fast-paced mystery that appeals to readers who like a strong female sleuth with a knack for getting herself in and out of humorous situations such as larping and trading elbow jabs with roller derby queens.


Heather Weidner’s short stories appear in the Virginia is for Mysteries series and 50 Shades of Cabernet. She is a member of Sisters in Crime – Central Virginia, Guppies, and James River Writers. The Tulip Shirt Murders is her second novel in her Delanie Fitzgerald series.


Originally from Virginia Beach, Heather has been a mystery fan since Scooby Doo and Nancy Drew. She lives in Central Virginia with her husband and a pair of Jack Russell terriers.


Heather earned her BA in English from Virginia Wesleyan College and her MA in American literature from the University of Richmond. Through the years, she has been a technical writer, editor, college professor, software tester, and IT manager. She blogs regularly with the Pens, Paws, and Claws authors.