For the balance of the year and the first week of January, 2018, I'm reprinting some popular posts dating back to 2013. Hope you enjoy again or for the first time.
January, 2016 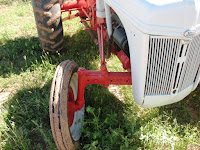 The Farmer has left the farm.

Those of us left behind do not want to pick up the hoe and continue…that would be retired hubby and me.

Four years ago when we started this adventure:
In 2012, on the plains of Northern Arizona, two families joined forces and began the trials and tribulations of building a small family farm with nothing in the bank but love.


We didn’t know if it would be a success or not. It’s not easy living under the same roof with relatives. Add


to that, trying to come up with a plan to make a living off the land and feed the family. That was my son’s plan.

In spite of changing directions this year, our adventure was a success.

We ate well. I’d always loved fruits and vegetables, but had never tried, much less seen, some of the varieties my son grew. Red okra? Black tomatoes? And we contributed mightily to the local food bank. Hubby vowed from day one he didn’t play in the dirt, but he came up with some pickle recipes that rocked the world of many pickle enthusiasts who we sold to at the farmers’ market.

We learned some life skills…survival in many forms. And we did it without killing each other in the process. Like I said, two families under one roof has pitfalls to avoid. We did it. In the four years, we had a marriage and added a new member to the family. You might have heard me talk about my granddaughter—just a little! We also lost a member, Rusty. We’ve missed him horribly.

So, if it was going so well, what happened? Money happened, and an offer he couldn’t refuse. We’d learned a new lifestyle, but hadn’t yet found the way to make a very good living. Then out of the blue, a friend of a friend offered the Farmer a job. Actually, more than a job, a piece of a new business. He wasn't looking for it, yet there it was. He thought long and hard—we all did—but in the end, a man can’t turn his back on an outstanding opportunity.The future is bright.

Turn the page. The next chapter has started.  Hubby and I will be making it up as we go for a while. Although our son’s family had to relocate, we’ll watch over the property and split our time between there and the RV. I’m turning Tortuga Thursday into Thrifty Thursday. In this world, at least in our world, we need all the help we can muster for living on the cheap. I’ll mold Thursdays into a helpful account of our adventure. I hope. You let me know as it goes. I changed my mind after this post went live. I'm not sure what I will call it, but Thursdays will continue with the adventure/misadventures of retiring, sort of, and just where this new chapter is headed. Yes, any hints I can come up with for creative living will be included. 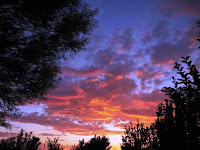 You can still check the blog on Monday for Muse Monday, on Friday for Fearless Friday, and I’ve added Wicked Wednesday.

Thanks for following along on Tortuga Thursdays. You can still read those past posts since they are archived right here. I hope you follow along and enjoy the new face of the blog.