Stuck Between an Assault and a Princess by Sylvie Grayson. 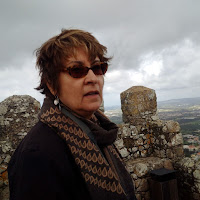 When I wrote the first book of The Last War series, I expected there would be two or three books. Here we are at Book Five, and Six is just hovering at the back of my brain! I'm fearlessly charging ahead. It has been a lot of fun to write this fifth book. It dives into the culture of Jiran, a loose collection of tribal families that travel the plains across the mountains to the west of Khandarken. These people don’t have good relations with the other countries around them. They stayed out of the Last War, keeping to the sidelines and refusing to take sides between Emperor Aqatain and the rebel forces that finally defeated him. Thus the Prince of Jiran is stuck with trying to mend relations at a time he is suffering an assault of his own and needs the support. He's a fearless leader. And of course Princess Chinata has caught his eye, and that complicates an already complicated situation!

Shandro, Prince of the Penrhy tribe of Jiran, disagrees with his father, Sovereign Pollack, on nearly every issue that arises between them. But his goal is to uphold the family values in spite of Pollack’s conniving moves as he deals with the hotbed of competing nations surrounding them.

Then Shandro is sent on a mission across the mountains into Khandarken to bring back Princess Chinata, a bride for Emperor Carlton’s Advisor. In exchange, Jiran and the Penrhy tribe are given

a peace agreement, protection against invasion by the Emperor’s troops. This seems a good trade, as Carlton is hovering on their borders with his need for more land. However, not far into the journey, it becomes apparent someone is not adhering to the terms of the peace accord.


Near the tribal border, Shandro and his troops have come under direct attack from unknown forces. He digs deeper into Chinata’s background to find strong ties to the New Empire. Is it too dangerous to bring Princess Chinata into Jiran? Or as her escort, does Shandro become her defender against the Emperor’s troops?

AUTHOR BIO
Sylvie Grayson loves to write about suspense, romance and murder and has published contemporary romantic suspense novels, all about strong women who meet with dangerous odds, stories of tension and attraction. She has also written The Last War series, a sci fi/fantasy adventure, the fifth book, Prince of Jiran, newly released.

She has lived most of her life in British Columbia, Canada, in spots ranging from Vancouver Island on the west coast to the North Peace River country and the Kootenays in the beautiful interior. She lived for a year in Japan. She has been an English language instructor, a nightclub manager, an auto shop bookkeeper and a lawyer. She lives in southern British Columbia with her husband on a small piece of land near the Pacific Ocean.

Sylvie loves to hear from her readers. You can reach her at sylviegraysonauthor@gmail.com, on her website at www.sylviegrayson.com or on facebook.
Posted by Brenda Whiteside at 3:30 AM