Magical, #Fantasy, and #Horses by Helen B. Henderson 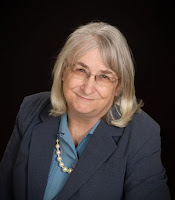 On Mondays, the muse is supposed to tell a story and it’s supposed to be personal, so I’ll tell a tale about horses. The pony of my childhood was large enough an adult could ride him without their legs dragging on the ground. He was smart and loyal to his friends, just not necessarily to his human ones. This pony’s friend was a ram. Old westerners have said a mustang could track its chosen rider through storm and dark of night. I took the attributes of that childhood pony (and the horses I’ve since ridden) blended them with magic and legend to create the falaire. Larger than a true horse, the falaire have speed and stamina beyond a real horse with more than a few surprises in their nature and abilities. Maybe the ability to fly?

As to the role of the falaire. The head stallion of the falaire was the mount—and friend—of Lord Dal, archmage and leader of all wizards. And as such, the stallion was in the thick of the action for he treated Dal as one of the herd.

Like the first book in the series, Windmaster Legacy started out as a sword and sorcery fantasy. And like its predecessor, Windmaster Legacy ended up bearing the additional label of romance. But not the kind where the meek heroine is rescued by the swashbuckling hero. Before she met the archmage, Ellspeth was a ship captain and leader of men. To paraphrase one of my favorite authors, Ellspeth is a woman to walk beside a man, not behind him.

The excerpt below blends the two tales, human and falaire as we see the golden falaire, Zethar, protecting her rider, Ellspeth.

If you like adventure and romance in your fantasy worlds of imagination, and like to hang out with wizards, you’,re invited to check out Windmaster Legacy. Or if you prefer to fly with dragons, there are the Dragshi Chronicles, but that’s a story for another time. 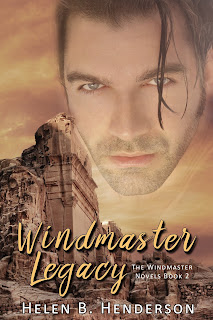 Blurb:  Ellspeth and the dark-haired archmage Dal, escort his mother to her ancestral lands. His mother is fatally wounded when mercenaries under the control of the rogue mage, Bashim, attack. Ellspeth is captured and her sole hope for escape is Nobyn, an untrained wizard going through the throes of awakening magic. However, Nobyn is under a rogue mage's total control.

Dal must make an impossible decision -- Rescue Ellspeth, save his mother, or thwart the rogue mage’s plans. As archmage, Dal might be able to survive killing the future of magic, but as a man could he live with the knowledge he caused the death of a loved one.

Excerpt:
Amorphous shapes detached from the stygian shadows along the wall. Magesight turned what had been unrecognizable blurs into armed men. Dozens more spilled out of the open gates of the compound or leaped up from the low ditch that bordered the road. Their yells resounded off the wall and sent the herd of true horses scrambling.
Hands grabbed at Ellspeth. Her sword slashed. One of the grasping hands fell away. Without a command, Zethar spun on her haunches. The mare reared and with a scream of anger struck out. A chime sounded as a sword hit the street. Zethar’s front feet dropped to the cobbles. Her iron-hard rear hooves kicked backward. Two of the shadows grunted and folded to the ground.

About Helen Henderson:  Although the author of several local histories, and numerous articles on the topics of American and military history, antiques and collectibles, Henderson’s first love is fiction. Her work in the museum and history fields enables a special insight into creating fantasy worlds. The descendent of a coal-miner's daughter and an aviation flight engineer, her writing reflects the contrasts of her heritage as well as that of her Gemini sign. Her stories cross genres from historical westerns to science fiction and fantasy. In the world of romantic fantasy, she is the author of the Dragshi Chronicles and The Windmaster Novels. In her books, she invites you to join her on travels through the stars, or among fantasy worlds of the imagination.