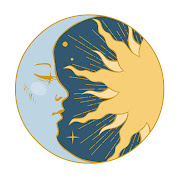 How open is your mind? Years ago, standing with other parents in the lobby of a hotel waiting to be assigned a young Austrian boy that we would house for a week during a hockey tournament, I glanced over the group. A blue-eyed cutie stared at me and our gazes locked. I had the wildest sensation I knew this child for eons. When they drew names, he was assigned to our home. Coincidence? I think not. We’ve been close friends from afar for decades. We always have been and always will be. The universe tells me so.

When a ringer for her long-dead love walks into her life the same day skeletal remains are found at the edge of town, Magpie MacKenzie can’t ignore what the universe is telling her…solve the mystery, or become the next victim.

I’ve always been captivated by what the 60s subculture loosely tagged mind expansion. The concepts of déjà vu, aura reading, intuition, empathic visions or sensations, dream meanings, clairesentience, and other forms of communication or gaining knowledge outside common experience.

Lawyer Zack Peartree’s life is orderly and entanglement-free until he visits purportedly haunted Joshua, Arizona, and meets free-wheeling shopkeeper Magpie. Despite experiencing troubling visions and odd moments of déjà vu, Zack’s instantly drawn to Magpie and to the unsolved murder which troubles her so.

There are people who apparently possess a sixth sense. Ordinary people who don’t consider themselves particularly gifted have moments of empathic enlightenment. Decades ago, when I lived in Germany, I had to go to the hospital for minor surgery. My mother in Arizona knew without being told. She called my husband to find out what was wrong with me.

Using clues from her father’s past and Zack’s déjà vu moments, Magpie and Zack race to solve the mystery, avoid a murderous fate, and to discover their future…together. 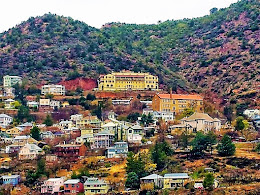 The setting of my latest series is Joshua, Arizona, and is modeled after a real-life town called Jerome in the Arizona mountains. I’ve been fascinated by this old mining town for decades. I combined that interest with my love of the unexplained to create The MacKenzie Chronicles. Book one, Secrets of The Ravine, released on September 15, 2020.

Living in present-day Joshua, Arizona, an 1800s mining town, turned ghost town, turned hippie haven, and now a tourist town, hanging on the side of Spirit Mountain, the MacKenzie siblings possess mystical gifts in varying degrees. Although not the main theme of the series, their mystical tendencies and their openness to accept what can’t be explained help to solve mysteries and add to the suspense.

Have you had any other-worldly experiences? Have you experience déjà vu? 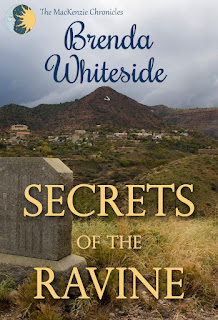 Excerpt from Secrets of The Ravine (The MacKenzie Chronicles, book 1)

He sauntered closer. His eyes narrowed studying her. “Have we met?”

“Do you ever get to Copperdale?”

“S-sure. For shopping now and then.” Joshua, Arizona focused on art, wine, food, and gifts. Any practical shopping had to be done in Copperdale, less than an hour down the hill.

“Hey, Zac.” His friend in the metal sculpture display area called out. “You have to see this.”

“Maybe we’ve run into each other there,” Zac said. “I moved to Copperdale from Phoenix recently.”

He stared a moment longer and then handed her the purchase, his fingers trailing along the side of her palm as he transferred the box. “I’ll take this. Excuse me.”

She managed a nod as he strode to the back of the shop, and she stepped to the checkout counter next to the shelf of music boxes. The last strains of the song ended. Her vision clouded with memories of another time and another’s touch.

“I think we’re ready.” The spiky-haired woman handed over her purchases.

Magpie took a deep breath and donned her shopkeeper persona. “Great.” The group of five gathered on the customer side of the counter. “So, you decided. This green jacket looked wonderful on you.”

The redhead and the other man—they appeared to be a couple—who’d been in the back of the store, placed a metal sculpture of the Sacred Heart Catholic Church on the counter.

As she ran the card, Magpie asked, “First time here?” The man named Zac moved closer. A flutter trickled from her chest to her stomach.

“We’ve all been here, a few years ago. Except for Zac.” The other man in the group said.

“I didn’t realize what I’d been missing.” He spoke to no one in particular, but his smile landed on her.

Zac picked up the sack with the music box. “Are you the owner of this great store?”

“I am.” She returned his smile. “Magpie MacKenzie. And you are?”

“Zac Peartree. Is that your real name?”

Accustomed to his reaction, she gave her standard reply. “It’s a long story.”

“One I’m sure I’d enjoy hearing. Will you be working at your mercantile all weekend?”

She swallowed down the recurring flutter. “Mostly.”

“You all should have a drink at the Apparition Room tonight, the bar below the Copper Mountain Hotel down the block.” Phaedra finished stuffing paper around the sculpture for protection and then handed the box to the man with the redhead. “Our very own Magpie MacKenzie will be singing.”

Magpie scuffed a boot against her friend’s foot to quiet her.

“I guess that means we’ll see you later, Magpie.” Zac followed his friends from the store but peered over his shoulder with an unreadable expression before he disappeared out the door and into the chilly wind.

Slightly lightheaded, Magpie braced herself on the counter. “Honestly, Phaedra, I could—”

“Now, Mags, you haven’t been this tongue-tied over a guy in years.” She retrieved her purse from behind the counter where she’d set it when she came in. “I need to get going, and you need to enjoy the quivers that guy is giving you. I’d guess he’s only thirty or close to it, but what the hell, he’s hot. Every man should fill his jeans like that, not to mention his shoulders.” She stopped by the door. “You two looked at each other as if—”

“As if we know each other?”

“Know each other? I agree he bore a resemblance to Mark, but that’s all.”

“Really? Sacrebleu, Phaedra. When I stared into that face, I saw Mark…a soul…from twenty-eight years ago.” The soul of someone she’d loved.

Who might have been a murderer…or worse, murdered by my father.

Posted by Brenda Whiteside at 6:34 AM