I tend to read what I write, but not exclusively. Besides Romantic Suspense, I read crime and law novels, WWII historicals, mysteries, and some main stream character driven books.

Although I don't read many paranormal books, I have of late picked up a few and have been pleasantly entertained. I declare today Paranormal Day. Hope you are enticed to try these recent reads. 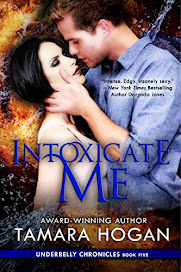 I’ve read all of the Underbelly Chronicles, partly because I know the author and I offer input as she creates, but also because these stories are finely crafted. I love the setting in my favorite American city, Minneapolis. I love that ‘they live among us.’ In Intoxicate Me, Jack Kirkland, is not only one of two humans who knows about the paranormal community, but he works with them guarding their secret. He’s injured in the line of duty. Sasha, an intoxicating succubus volunteers to nurse him back to health in spite of the fact her father was murdered under Jack’s watch. There’s lots of sexual tension and danger in this story. It’s a fun read, and if you haven’t tried paranormal before, this is the series to get you started. 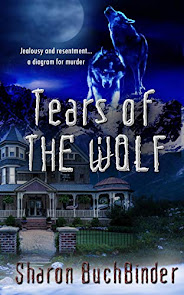 This is the second Hotel LaBelle book I've read. Not sure why I'm jumping around in the order, but it doesn't matter. They stand on their own. This book spoke to me. I'm a degree of Native American and the problem of Native American women disappearing or abused or murdered is major. Ms. Buchbinder tapped into that and covered the issue beautifully. I know this series has paranormal undertones, well, maybe overtones, but the native culture is mystical to me and so not so much paranormal as tapped into our inner selves. I was totally wrapped up in the story for the emotional as well as the suspenseful elements. You're going to love it. 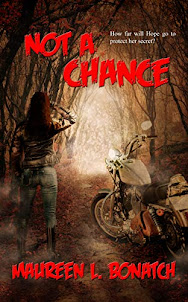 Not a Chance (The Enchantlings Series book two) by Maureen L. Bonatch

This book was recommended to me and ended up being a fun read. I love well-defined characters and boy does this one have characters. Hope, the main female character, embodies a mortal's problem which is when to give hope and when to drain the life out of someone. We sort of all have that ability, although she can do it literally. Her boyfriend is yum. And there is Berta who we'd all want to tamp down. There's demons and half-demons and all sorts of trouble in the town with no name. I can't say I'd want to live there, but it sure was fun to visit. Steep yourself in an imaginary world and enjoy.

Posted by Brenda Whiteside at 10:06 AM