I tend to read what I write, but not exclusively. Besides Romantic Suspense, I read crime and law novels, once in a while a true story, WWII historicals, mysteries, and main stream character driven books.

Here are some of the books I've read recently or in the not too distant past. Maybe you'll discover a new book or author! 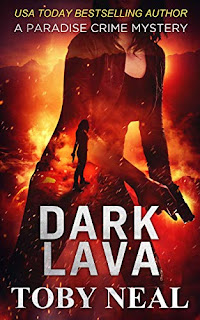 I have mixed feelings on this book. I love Hawaii so the setting was attractive, and I actually recognized some of the scenes. There is a dynamic between the husband and wife that is odd. I have a feeling if I’d read prior books, I might understand that better. There are actually two crimes happening at the same time. Someone is stealing artifacts by carving them out of the stone. Hit me as odd and the chances for destroying risky. Then there is murder, and it looks like the main character, Detective Lei Texeira, is in deep danger as is her husband. It was fun, but didn’t grab me every time I opened it.

Paradise is threatened by a fight for sacred artifacts.

She just wants to disarm the IED.

Newly assigned to the bomb squad, Detective Lei Texeira struggles with skills that may be dangerously out of reach, even as a heinous crime strikes close to home and catches her husband in the crossfire.

The woman is his. And if he can’t have her, she’ll have to die.

An investigation into heiau desecrations must take a back seat to the emergence of an enemy who leaves shrouds as a calling card, targeting those closest to Lei and Stevens. 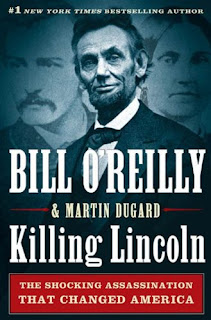 I read this several years ago. I've been so busy lately, my reading time is limited. Thought I'd pull one out of the archives. I learned some history I’m not sure we were taught in school. But then I didn’t like history in school. I found this book interesting because I do like history now. I doubt we learned so much about Booth in school, so be prepared for fun there. Unfortunately, the writing skills of the authors are lacking. It reads a little rough with technical mistakes and just not smoothly written. If you can get past that, the facts might grab you.

In the spring of 1865, the bloody saga of America's Civil War finally comes to an end after a series of increasingly harrowing battles. President Abraham Lincoln's generous terms for Robert E. Lee's surrender are devised to fulfill Lincoln's dream of healing a divided nation, with the former Confederates allowed to reintegrate into American society. But one man and his band of murderous accomplices, perhaps reaching into the highest ranks of the U.S. government, are not appeased. In the midst of the patriotic celebrations in Washington D.C., John Wilkes Booth—charismatic ladies' man and impenitent racist—murders Abraham Lincoln at Ford's Theatre. A furious manhunt ensues and Booth immediately becomes the country's most wanted fugitive. Lafayette C. Baker, a smart but shifty New York detective and former Union spy, unravels the string of clues leading to Booth, while federal forces track his accomplices. The thrilling chase ends in a fiery shootout and a series of court-ordered executions—including that of the first woman ever executed by the U.S. government, Mary Surratt. Featuring some of history's most remarkable figures, vivid detail, and page-turning action, Killing Lincoln is history that reads like a thriller.