From Actor to Author by Wendy Rich Stetson #romance #MuseMonday

Hey, readers, this is one of my favorite posts to date. Please take the time to meet my guest Wendy Rich Stetson and read how she wrote that first big book.

In the stifling heat of a Manhattan summer, a fresh-faced, red-haired woman huddled in a garret, awaiting the opportunity that would change her life.  The air was rank, rife with the scents of summer in the city.  Beyond the fire escape was nothing more than a sliver of sky.  She’d fled the tiny town where she grew up, leaving lush fields and rolling green ridges for dirty sidewalks and towering skyscrapers. As the days dragged on, she grew restless, nagged by a feeling that instead of chasing her dreams, she was treading water, barely keeping afloat as a murky eddy of shattered hopes threatened to drag her under…

If my journey to writing a romance novel was, indeed, a romance novel, it might begin something like that.  The time was the early 2000’s, and the place was a sixth-floor studio apartment on Manhattan’s Upper West Side.  I’d just finished my Master of Fine Arts in Acting, and I was ready to make my Broadway debut.  Little did I know…that momentous event wouldn’t take place for another ten years.  Every student actor is told repeatedly that the odds of making a living in the theater are slim at best.  Nonetheless, thousands follow their dreams, believing that surely, they will be the exception.  And with lots of hard work and tenacity, many actors do carve out a career in The Biz.  But progress is slow and hard won, and for lots of young artists, the urge to keep creating—to keep telling stories even during dry spells—tugs at our insides until we branch out into other disciplines.

I remember lounging on the blue and green plaid sofa that sat a mere six inches from my bed and a foot or so from the dining table, watching Oprah Winfrey interview successful romance writers who found purpose and joy weaving heartwarming tales of love.  “I could do that,” I thought, every bit as naïve as I was to think a starring role on Broadway would arrive on my doorstep all wrapped up in shiny paper and tied with a satin bow.  Still, I cracked open a notebook and gave writing a whirl.

I never set out to write “Amish Romance.” Indeed, in the early oughts, the genre was nowhere near as large and popular as it is today.  Encouraged by those Oprah guests with the often-heard truism to “write what I know,” I came up with a simple premise: what if a girl went back to her hometown in central Pennsylvania and fell in love with an Amish guy?  I dove into my story with the pent-up fervor of a frustrated actress, holing up in coffee shops and teaching myself the art of writing as I went.  Over the course of many months, I researched, brainstormed, and revised, until my heroine finally achieved her happily ever after. 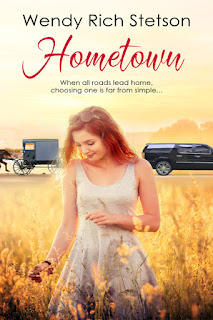 Hometown sat on my hard drive for decades as my acting career took off.  I performed at theaters around the country and in New York City.  I dipped a toe in commercial acting, film, and television.  I narrated over twenty audiobooks and taught Shakespeare workshops to high school students.  I had a child.  I started running.  I twiddled my thumbs.

Then one day I thought…hey, what about that book I wrote?  Could now be its time to shine?  As nervous and hopeful as that young performer who first acted on the crazy whim to write, I approached small, romance publishers, hoping the story of a red-haired girl trying to find her place in the world, would, in fact, find its place in the world.

Much to my delight, it did. Hometown was released August 11, 2021, from The Wild Rose Press.

When Tessa's big-city plans take the A Train to disaster, she lands in her sleepy hometown, smack in the middle of the most unlikely love triangle ever to hit Pennsylvania's Amish Country.

Hot-shot Dr. Richard Bruce is bound to Green Ridge by loyalty that runs deep. Deeper still is Jonas Rishel's tie to the land and his family's Amish community. Behind the wheel of a 1979 camper van, Tessa idles at a fork in the road. Will she cruise the superhighway to the future? Or take a slow trot to the past and a mysterious society she never dreamed she'd glimpse from the inside? 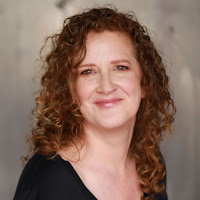 Wendy Rich Stetson is a New York City girl who still considers the Central Pennsylvania countryside to be her home.  She grew up road tripping in a 1979 VW camper van, and she keeps a running list of favorite roadside attractions from coast to coast.  Now an author of sweet, small-town romance, Wendy is no stranger to storytelling.  She’s a Broadway and television actress, an audiobook narrator, and a mom who likes nothing more than collaborating on children’s books with her teenage artist daughter.  Wendy lives in Upper Manhattan with her family of three and rambunctious Maine Coon kitty.  Follow Wendy’s journey at www.wendyrichstetson.com