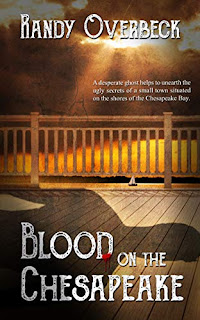 Blood on the Chesapeak by Randy Overbeck

Wilshire, Maryland. A quaint shore town on the Chesapeake, promises Darrell Henshaw a new start in life and a second chance at love.

That is, until he learns the town hides an ugly secret. A thirty-year-old murder in the high school. And a frightening ghost stalking his new office.

Burned by an earlier encounter with the spirit world, Darrell does not want to get involved, but when the desperate ghost hounds him, he concedes.

Assisted by his new love, he follows a trail that leads to the civil rights movement, Dr. Martin Luther King, Jr. and even the Ku Klux Klan.

Then, when two locals who try to help are murdered, Darrell is forced to decide if he is willing to risk his life - and the life of the woman he loves - to expose the killers of a young man he never knew.

Kudos to Mr. Overbeck for tackling a difficult subject like racial prejudice carried to the extreme. The book has a tinge of the supernatural to it which will please many readers. The hero, Darrel Henshaw is such a nice guy and a character you want to root for on his path for justice. 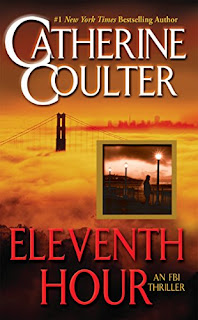 When FBI agent Dane Carver's twin brother, Father Michael Joseph, is brutally murdered in his San Francisco church, husband-and-wife agents Lacey Sherlock and Dillon Savich take a personal interest in the investigation. Then Nicola "Nick" Jones, a homeless woman and the only witness to the shooting, is scared out of her mind because she's trying to hide from her own monsters - who are drawing closer and closer.

The chase goes from San Francisco to the Premiere Studios in Los Angeles and its new television hit, a show all about murder.

This book has a lot going for it with twists and turns and characters to like. I had a little trouble with the homeless woman. Her reasons for being homeless didn’t quite rope me in since I thought there might be other ways to achieve her goal. But that aside, I liked the relationship that grows between FBI agent Dane Carver and Nick. Their play off each other was fun. Good characters all the way through.