Welcome my guest Janina Grey to Discover... She has a great Fearless Friday post you'll not want to miss. 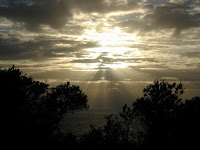 How many people can say they’ve held the sun in one hand and the moon in the other? I can. And my life has never been the same since.

It was sunset, July 5, 2001, Sydney, Australia time and I was standing at the very top of the Sydney Harbor Bridge. Back home in the United States, my family and friends were celebrating Independence Day and the birth of our nation. For me, I was celebrating the rediscovery of my own independence, my rebirth.

As I stood at the top of the bottom of the world, I had no idea I was foreshadowing how my life would turn upside down—and how I would come out on top—over the next few years.

I was a 39-year-old mother of a precocious three-year-old daughter and sensitive, inquisitive
seven-year-old son. My husband and I were together 20 years, experiencing the normal ups and downs, with more downs of late than anything. He spent a great deal of time traveling for work, going to Jets games, and going on golfing trips, while I dove head first into being a full-time mom and full-time journalist working from home. I was burning out fast and needed a break. So when some Macintosh chat room Internet friends I’d known for four years invited me to their wedding, I said yes,—even though it meant a three-week jaunt around the world without my babies. 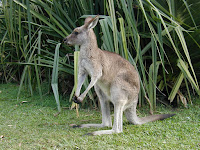 As I took off from JFK, I questioned what the heck I was doing. I soon learned that I was finding myself. I was redefining myself. And looking back now, I was possibly saving my life.

Fueled mostly on Red Bull and Boag’s beer, throughout the next three weeks I experienced the magical land of Oz, with stops in Sydney, Adelaide, Queensland, Wollongong, and lots of places in between. I stood on the cliffs of North Head and watched the sun rise over the Pacific Ocean, went to an actual Aussie Rules Footie game (Oi! Oi! Oi!), hiked the Blue Mountains, petted kangaroos at the late great Steve Irwin’s Australia Zoo, chatted with magpies, did shots of tequila with fellow Macintosh geeks, and drank flat whites and recited poetry with a friend while fruit bats rested high above us in the trees of the Royal Botanical gardens overlooking Sydney Harbour.

In the final leg of my adventure, we climbed the Sydney Harbor Bridge at dusk. When we reached the top of the bridge, I stretched out my open palms so the tips of my fingers “touched” the rising moon to my right and the setting sun to my left.

Standing at the top of the bottom of the world, I was reborn. Holding the sun and moon empowered me, making me realize my resilience, my power. I truly could accomplish anything I desired. I was fearless. 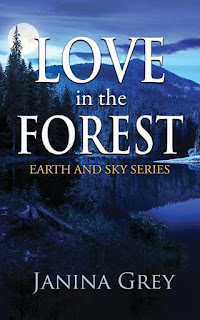 LOVE IN THE FOREST Blurb:

Step into the mystical and magical forests of Upstate New York, where Earth and Sky camp photographer Brooke Meadows has taken refuge from the demons of her past as she uses her ability to communicate with the dead to heal loved ones left behind.

Unable to cope with the loss of his wife and daughters three years prior, Josh Quinn, CEO of the number one dating site Quirkyflirt.com, is ordered by his board president to take a break from his Big Apple Headquarters. He finds himself at Earth and Sky Retreats, where confronting his grief has led him to experience a life-altering transformation and re-evaluation of reality.

Will Josh leave behind his fast-paced, high society life in the concrete mountains of New York City, for the magical, bewitching world Brooke reveals to him in the foothills of the Adirondacks?

Will Brooke acknowledge and accept her own journey of transformation and healing as she and Josh explore the winding paths and summits that lead them to find love in the forest?

LOVE IN THE FOREST excerpt:

“See? I told you.” Brooke laughed as they ended a very fast-tempoed rhythm beat out on two djembes they had selected from the music closet in the rec room.

“You’re good. I never would have thought I could do this.” Josh stared at his hands resting on the drum head.

“You have to trust me. Trust yourself. Trust the drum. And trust your heart.” She stared at him, suddenly uncomfortable as his gaze turned to her lips while she spoke. Even after she stopped talking, his eyes never moved. “It’s what I tell all the kids I teach when they’re here. Trust your heart. It’s good advice.” Trying to explain herself only made it worse.

As she babbled on, Josh offered a lopsided grin. “Uh-huh. I see.”

“Yeah, well. I don’t think you do.” The flush of her cheeks was spreading to the rest of her body.

“Thank you.” Josh put down his drum and pocketed the sunglasses he had placed on the seat beside him. He leaned forward, his elbows resting on his knees, sharing her personal space as he stared into her eyes.

“For?” Her breath caught as she noted, being this close, that his baby blues might actually be baby teals, something she’d never noticed before now.

“For teaching me how to drum,” he said, his voice barely audible.

“You’re welcome,” she said in a breathless whisper. She cleared her throat and continued. “It’s getting dark. Storm’s blowin’ in.” Brooke’s voice cracked and she swallowed thickly. “We should go.”

“We should, shouldn’t we?” His words came softly, cloaked in a husky timber.

“Yes.” She answered too quickly as he took another step closer.

Her legs grew wobbly as he filled her personal space with a velvety soft reality she’d not known in an awfully long time. He was so close she picked up his scent. He smelled of fresh air, and rain . . . and man.

Excerpt From: Janina Grey. “Love in the Forest.” Apple Books.

You can grab your very own copy of LOVE IN THE FOREST by following these links:

Janina Grey has been writing since she could hold a crayon, and there has been no stopping her since. Journaling, short stories, poetry, newsletters, news, feature, columns, Op/Eds, and press releases have kept her busy her whole life. But it was the sweet Harlequin romances she read in her downtime that stayed forever in her heart and gave her the inspiration to write her own contemporary romances now published with Soul Mate Publishing.

By day, Janina guides domestic and sexual assault survivors down their path of healing and empowerment. But in the wee hours of the morning, she hunkers down at her childhood writing desk with Imagine Dragons, Coldplay, Elton John, Fleetwood Mac, or Led Zep streaming through her earbuds while she brings to life her characters as they face their real-life sorrows and successes, and best of all, their happily ever afters.

Growing up on Long Island and living periodically in Tennessee as a youth has given her the opportunity to meet many different types of people and experience many different lifestyles. After moving from Long Island to settle in the Mohawk Valley in Upstate New York with her family, she found the support needed to pursue her writing endeavors with Central New York Romance Writers and Romance Writers of America.

When Janina is not writing, she may be marching for women’s rights, kayaking, camping, drumming, or dancing around the fire.

With her two children grown, she and her husband, David, share their 113-year-old Mohawk Valley farm house homestead with a few resident spirits and a very squawky murder of crows.