War can inspire all kinds of literature. Join Anne today to see how it inspired her Christmas story. 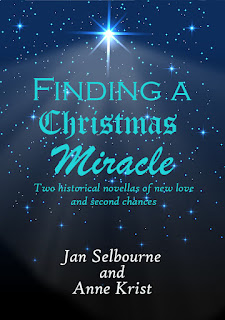 It might seem strange to use war as a muse, but that is what Jan Selbourne and I did in our duo book Finding a Christmas Miracle. In Jan's A Miracle in the Outback, an Australian soldier on his way back to camp stops to help a woman who is not only in great need but also in danger. In my story, The Miracle of Coming Home, it takes a paranormal experience for PFC Tom Stabler to find himself when he comes home for a week at Christmas. The common point in both our stories is the war in Vietnam.

There's no denying the effect the war had on the lives of everyone living during the 1960s and 70s. Jan was closer to the action by virtue of Australia's location. For those of us in the U.S., the war felt a million miles away. We watched, fascinated and shocked, on the evening news each night. Everywhere we turned, Vietnam slapped us in the face. For years afterward, I tried putting it from my mind. I refused to write about it until I finally broke down and wrote Burning Bridges, which has its root in the time period.

Because the war was, well, what it was, how could any of us write the story of our youth and not pay homage to the place the war had in it?

Blurb
Jan Selbourne lends her award-winning writing talent to A Miracle in the Outback. Nick Saunders helps a woman in desperate need. He doesn’t know it, but he needs her help, too.

In award-winning author Anne Krist’s The Miracle of Coming Home, Army PFC Tom Stabler experiences the paranormal at home for Christmas. Will it help heal him or will he need a miracle to do the trick?

Excerpt
Awake now, Tom wondered if he’d ever adjust to the feeling of safety again, ever truly believe it existed. He feared he’d always be peering into shadows for the hidden enemy or listening for the almost silent, deadly snick of a landmine trip.

Falling back on the pillow, he stared at the posters on the opposite wall, illuminated by weak moonlight shining through the window. One was for a rock concert held in Omaha four years ago. He’d wanted to take Susan Swensen, but her father wouldn’t let her go the hundred-plus miles into the city with him. Too far, he’d said in his thick Scandinavian accent. Too much can go wrong with a car. Young people can get stranded. Alone.

The last was said with a long, thoughtful stare right into Tom’s soul. How had the man known of Tom’s evil intentions to fake a car breakdown in order to make time with his daughter? Eventually, when she was accepted into nursing school, Mr. Swensen had let Susan go to Omaha. By then, Tom had gone much farther. All the way to Hell, in fact.

The other poster hailed the Fighting Hawks, his high school football team, on which he’d been the star linebacker. Those were heady days. He’d made a great linebacker at the university, too, but a lousy scholar, which was what put him on academic probation and placed his ass squarely in the middle of that worthless strip of land called Vietnam.

Now he wouldn’t even make a linebacker. He skimmed his hand down his chest and across his stomach. Lean—skinny almost. Where once had been bulk there was sinewy muscle. He could still run, though. Oh, yeah, he got lots of practice running. From firing position to firing position, from cover to transport helicopters—black birds hovering over open kill zones to lift guys out of danger or drop them in—and from helicopter back to cover. Some days it seemed he ran the whole damn time.

It felt that way now. But what the hell was he running from? 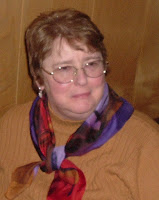 About Anne and where to find her
A few years ago, Dee S. Knight began writing, making getting up in the morning fun. During the day, her characters killed people, fell in love, became drunk with power, or sober with responsibility. And they had sex, lots of sex.

After a while, Dee split her personality into thirds. She writes as Anne Krist for sweeter romances, and Jenna Stewart for ménage and shifter stories. All three of her personas are found on the Nomad Authors website (www.nomadauthors.com). Fortunately, Dee’s high school sweetheart is the love of her life and husband to all three ladies! Once a month, look for Dee’s Charity Sunday blog posts, where your comment can support a selected charity.