#Brainstorm With Me-Help Me #Write My Book

Hundreds of you read my blog, but you never leave a comment. Today, I'm hoping you'll break the mold and give me some feedback. Brainstorm with me. I have a new series simmering, some chapters written, and I'm vacillating on how to continue. Speak out readers and writers. Help me write these books. I don't usually find myself so undecided. I'm kind of a type A, do-it-my-way kind of lady. In this case, I see so many possibilities, I'm mystified. So...help me write this series! Cool?

WHERE THE IDEA WAS BORN
There's an old mining town, hanging on the side of a hill, turned ghost town, turned hippie/art community and is now a popular tourist stop in Arizona. Many of the old hippies who settled there in the 60s are still there.

I've renamed the city Joshua, Arizona. It's those early days in the 60s when the population was only one hundred people that my imagination took off. They were suddenly overrun by newcomers. They were not always happy with the free-wheeling, anything goes artists and anti-establishment people who ended up owning shops,

serving on the city council, and establishing an art community. They were about mind expansion, auras, crystals, vibes, and a little of the occult.

WHAT I HAVE SO FAR
In 1969, Frank MacKenzie, an artist, and Susie Muse, a mystic who has a book/cafe, are part of the hippie settlers. This will be a love story, but also a story of suspense as they try to become members of the community. Two other books of romantic suspense will be about his sister and her brother. 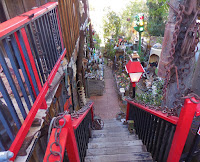 I have three more books planned that take place roughly between 2018 and 2021. These three books will also be romantic suspense about their three children, Magpie, Harlan, and Elidor. Elidor is the only one to have inherited her mother's mystic charms. Magpie is book one, and the murder of her father's girlfriend and disappearance of her boyfriend twenty-eight years ago has resurfaced in some other worldly way. Harlan is book two, and he makes a discovery that is eerie and dangerous. Elidor has finally come home to face her mystical demons. (In the years between the 60s books and current era books, Susie Muse dies.) 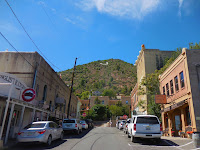 MY QUESTIONS FOR YOU
Should I start the series with 1969?
Should I publish the current era's books and then go back and publish the books about the family's beginnings?
Would this be a 6 book series to you?
Would this be two separate trilogies?
Should I write the current decade books and drop in flashbacks to where the family began in the 60s so that I don't do a separate trilogy for those early years but combine them?

HERE'S YOUR CHANCE
I'd love to hear your opinions. Have a hand in this! 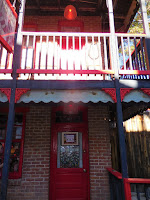 Posted by Brenda Whiteside at 4:50 PM