There is Rural, and then there's #RURAL by Julie Howard #murder 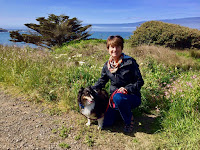 I used to be a city person. We lived in an urban area of California, fought traffic every day in tiresome commutes, and considered the “country” anything more than a half hour away from a city. Imagine the tribulation of driving nearly an hour to find a Starbucks. Then I moved to Idaho.
There are communities in this northwest state tucked so far back in the mountains that you have to ask “why?”, followed by “how?” Many of these communities sprang up during the gold and silver rushes of a bygone century. Roads were built before asphalt and automobiles, and remain gravel and dirt. Now these places are havens for those who seek privacy and who don’t worry about modern conveniences such as an electric grid or cell phone coverage.
In California, my small hometown of 14,000 people was considered small and rural. I stand 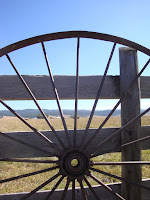 corrected. Rural is Atlanta, Idaho, twenty miles or more down a rough dirt road and cut off from the rest of the world at least a few times a winter when the snows get deep. Rural is Yellow Pine, deep in the backwoods, home of the annual Harmonica Festival, and with a population of about 50. There are unnamed places dotted here and there where there’s no such thing as neighbors, near nor far. If you get out this far, top off the gas tank, bring your own generator, pack a lunch and check the spare tire.

These places are the inspiration for the setting of my Wild Crime series. I liked the idea that, if you get into trouble, you’re pretty much on your own. And if your spouse doesn’t like you much, you may never be seen again. The fictional Hay City, Idaho was born and my main character Meredith Lowe was in deep trouble before her husband decided they would move there.
The flip side of remote locations are the characters you can meet and the instant friendships that crop up. People are kind and generous, and children are safe to play in the front yard unattended. Life moves slower and time appears to stand still.
I’ve lived in Idaho for nearly twenty years now and am thankful to have made this my home. My husband and I have a great time traveling the back roads and marveling at the tiny towns we discover in remote locations.

Julie Howard is the author of the Wild Crime series. She is a former journalist and editor who has covered topics ranging from crime to cowboy poetry. She is a member of the Idaho Writers Guild, editor of the Potato Soup Journal, and founder of the Boise chapter of Shut Up & Write. Learn more at juliemhoward.com.

Book one of the Wild Crime series is “Crime and Paradise”
Book two is “Crime Times Two,” released October 2018

Meredith knows three things: First, the man in the library begged her to help him. Second, he was afraid of his wife. Third, now he’s dead.

While the evidence first points to a natural death, Meredith is certain there’s more to discover. People are tight-lipped in this small mountain village, and the man’s wife isn't talking either. Then a second death occurs, with remarkable similarities. It’s time to talk about murder.

As a slow-burning relationship heats up in her own life, Meredith struggles with concepts of love and hate, belief and suspicion, and absolution and guilt. Nothing is clear cut…
She must decide: Is guilt, like evil, something you can choose to believe in?

Jowls quivered under the man’s weak chin, and Meredith noted the stained and frayed shirt of someone who spent a lot of time alone in dark rooms, sending out a better version of himself into the virtual world. His eyes were anxious and beseeching at her as though she should have a clear understanding of him and his life.

Somehow, over the past hour and a half they’d been sitting next to each other – him playing video games and sharing his life story and her ignoring him the best she could – she had become his confessor and friend.

Meredith gave him what she hoped was an impartial-though-quasi-friendly smile. She reached for her purse and papers and rose from her chair. “Well. Nice talking with you.”

The man was lost in his own train of thought and seemed only slightly aware that Meredith was leaving.

He shook his head, morose.
“To make a long story short,” he summed up, “I think my wife is trying to kill me.”