What an interesting life Alana Lorens has had to date. Talk about fearless. Enjoy this edition of Fearless Friday.

In the 1980s, I was living a good life as a journalist, reporter and associate editor of The South Dade News Leader in Homestead, Florida. Divorced, I was the custodian of two daughters, ages 4 and 2. One of the cities I covered was Florida City, which is the very last place before the Florida Keys. The city attorney became a good friend, and one day he suggested I attend law school.

I’d been feeling a little frustration in my work, since I could often expose some wrong that needed righting, but I really couldn’t take action. A lawyer can take action, though. So I started thinking about it.

Now you don’t just decide, hey I’m going to law school today and show up. I had to take the LSAT entrance exam. It was tough, and I figured I’d been excluded. But I actually did very well.
So then I applied to the closest school, the University of Miami. I got in. Wow. This was getting serious.

U of M is a private school and pretty expensive, so I figured I probably couldn’t afford to go. Other state law schools existed, but I’d have to move the girls far from their father, and I really didn’t want to do that. So I applied for financial aid and all the trimmings, including something in extremely-limited on-campus housing.

At that point, I had to stop and compile the data and choose.

I chose to go. With all these factors coming in hard in my favor, it seemed like the way fate was leading me. I quit my job and went to school full time, since I had the girls—we all went to school/preschool in the day, and studied at night.

Sure, we had to apply for food stamps the first year, since I couldn’t get work-study until second year. 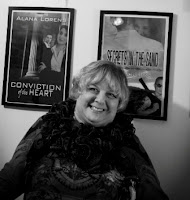 It was hard, being a single parent and competing against a bunch of young kids with too much money and nothing to burden them other than the books. I will never forget the conversation I overheard between two young women wailing over being only able to buy one pair of shoes for $95 on sale. That was our grocery allotment for two weeks! But I made it through—I should say WE made it through.

I practiced family law for 30 years, first in Florida, then in Pennsylvania. Family law is tough work, too, dealing with people going through what is likely the worst time of their life, whether it’s divorce, custody or dealing with Child Services. During the latter half of my practice, I returned to my first love of writing, creating The Pittsburgh Lady Lawyers series of novels, including CONVICTION OF THE HEART, which is the story of a Pittsburgh single-mom lawyer and her two daughters. It’s a book that is close to my heart, because it’s close to my life.

So my scary leap into the unknown is something I’ll never regret. What I learned practicing law about people—that’s what feeds my knowledge to create all the characters I’ve written over the years. I’d probably even do it again—if I had to. J 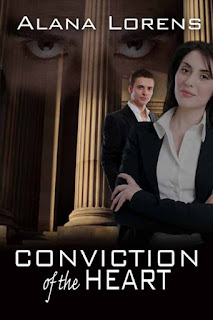 Family law attorney Suzanne Taylor understands her clients' problems--her own husband left her with two babies to raise alone. Now that they're teenagers, her life is full. The last thing she wants is the romantic attentions of a police lieutenant, no matter how good-looking.Lt. Nick Sansone is juggling the demands of a new promotion and doesn't need complications either. But when he sends a councilman's battered wife to Suzanne for help, he realizes he wants to connect with the lovely, prickly lawyer on more than a professional level.They are soon confronted with a different battle when the abused woman's husband threatens retribution. The powerful, well-connected councilman can damage both their careers--not to mention hurt those they love. Can they bend enough to admit they need each other in a time of crisis? Or will a husband's revenge take them down before they ever get a chance?

Even the loneliest heart can't withstand the power of magic.
http://lyndialexander.wordpress.com

Where love and danger intersect....
http://alana-lorens.com
Posted by Brenda Whiteside at 12:30 AM