Please welcome Karen Cino to Muse Monday. The only thing better than eating cookies is to read a fun cozy mystery where lots of cookie eating is involved. 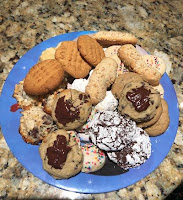 Christmas cookies have only been made for Christmas. But in the Cookie Cutter Cozy Mystery Series, amateur sleuth Connie brings those cookies to you all year round. When Connie’s husband gets arrested, she divorces him and goes to live at the fifty-five and older community down at the New Jersey Shore. Fulfilling her childhood dream with best friend, Sara, she starts her own cookie business out of an illegal kitchen they had built in half of a two-car garage.


The cookies took off, not only in the book, but also in my house. I try once a week to bake a double batch of cookies that I love sharing with my family, friends and neighbors. Everyone loves the fact that they can enjoy those special cookies all year long.

I came up with the idea for this series because of my love of baking. And I thought it would be fun for two senior characters to not only start their own business, but also get involved in solving crimes that take place around the community they are residing in. This came from my years of investigative reporting.

I love writing about the culinary arts and especially about middle-aged women starting over. My characters are quirky, and they will make you not only laugh out loud but make your mouth water with the baked goods.

Connie and Sara are preparing to bring cookie samples for the men's club Thanksgiving dinner. An explosion at the water towers sends the women running to the scene. After visiting Kent and taking his order, Connie and Sara go down to the water tower to see if they can find out what caused the explosion. A few hours later, while Connie and Brett are at dinner, they receive a call that Kent is dead after eating Connie's cookies. It is up to Sara to track down the killer to clear Connie of the murder. Who said that two women sleuths living in a fifty-five and older community can't get into trouble?


Connie Acosta and Sara Mazza made a mad dash following Police Detectives Warren Crawford and Brett Harper to the water tower where an explosion had rocked the house. Since both men were athletic with long muscular legs, they reached the tower quickly. Being totally out of shape, the women had to stop running to catch their breath.


“I think you’re right in saying we need to go to the gym,” Sara said, gasping for air. 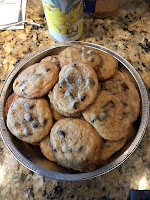 “I’ve been telling you this since I’ve moved down here. I was never a runner, but I used to walk five miles a day when I lived in Staten Island.”

“Oh, no.” Connie waved her finger back and forth. “I’m not going down that road again. We keep getting involved in these investigations, which lead to us always getting ourselves in a dangerous situation. Maybe this time we can pass.”

“Absolutely not.” Sara took hold of her arm and pulled her forward. “I see Warren.” She jumped up and down, waving, trying to catch his attention. “Come on, let’s make our way to the towers.” Sara stepped in water and it splashed all over Connie. “Where the hell did this come from?”

“I have no idea. It’s trickling down the path.”

“Oh shit. Water is gushing faster down the path. What the hell is going on?”

Connie followed Sara as she weeded through the crowd of seniors. She couldn’t believe Sara was dragging her into something else. Taking a quick glance at her watch, time was of the essence as she had a meeting with Kent Steelburg, coordinator of events for the Men’s Club, in less than a half hour.

Fire trucks and three ambulances made their way with their sirens blaring. Connie watched as the people moved to the right, standing in the dirt which had turned to mud, to let the emergency vehicles through. Out of the corner of her eye, Connie saw Sara’s friend Hannah standing in water which covered her ankles. She snickered to herself, not particularly liking Hannah.

“Connie, do you know what’s going on?” Carol called after her.

Connie turned around and watched Carol walk through the water up to her. “Not at all. Sara is probably talking to Warren, finding out what is going on. All I know is that the explosion shook the whole house. Warren and Brett were over and we dashed out the door.”

“So, did I. I left the reception desk and knew I would run into you and Sara. Of course, the usual cast 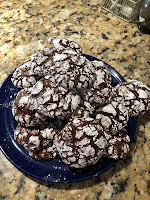 of characters are here. Funny how the only time they move fast is when there is food and an incident taking place.” Carol slid a cigarette out of her pocket and lit up. “I’m going to head back. Nothing good is going on here except lots of water.”

“I’m waiting for Sara to return so I can go home.”

“If my husband looked anything like Warren with his dreamy olive eyes, I wouldn’t be leaving his side either. I’ll catch you later.”

Connie backed away from the crowd as the water slowed down to a trickle. The crowd thinned out as she spotted Sara coming with Warren and Brett. Meeting Brett had been one of the best things that happened to her. He was so unlike her ex who had turned out to be what she called a “man-ho.” She was still on guard with Brett, and wasn’t ready to give him her whole self. These past months had been spent redefining what she wanted out of life. Going into the cookie/dessert business with Sara had been something she had always wanted to do.

“Hey sweetheart.” Brett wrapped his arm around her shoulder. “Let’s get you home.”

“That is our water source,” Sara explained. “Whoever did this has just cut off our water supply.”

“Could it be someone sending a message? Because there was no reason whatsoever to do that,” Connie said.

“Hold on you two,” Warren said, stopping at Sara’s driveway. “Don’t start reading more into this. No one has gotten hurt or killed. Once the water completely stops, the investigators will check out the tanks and find out the cause of the explosion.”

“My intuition tells me someone is ticked off about something and this was their way of paying them back,” Brett said.

“It had to be someone from management or the board of trustees. We keep getting letters in the mail for the stupidest things. We already received the warning letter about putting up Christmas decorations early,” Sara added.

“People are already getting disgusted. What’s the difference if we put up our Christmas tree or lights before Thanksgiving? It’s in our house. And they have the nerve to say if we have our decorations up to keep our blinds closed. That’s such bull.”

“On that note we are leaving you ladies. I have paperwork to do,” Warren explained. “I keep putting it off, but the boss wants it done by the end of my shift. So, let’s hope this is the last call we have to go out on.”

“I have to get ready for my meeting with Kent Steelburg. I have the cookies done. All I have left to do is sprinkle powdered sugar over them.”

“Yummy. What kind of cookies did you make?” Brett asked, licking his lips.

“Linzer tarts. Kent specifically asked for them. He told me he had tasted my other cookies. But for this men’s club event, he wanted to serve something different. He talked about putting the cookies in a pyramid. I don’t think he realizes how many cookies we’re talking about, especially since he wants others too,” Connie explained.

“Good luck. I’ll be back after my shift. I hoped we could grab dinner.”

“Sounds great.” Connie stood on her tippy-toes and gave him a peck on his lips. “I look forward to it.”

Warren stepped up to Sara and hugged her. “I’ll see you later.” 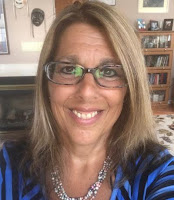 Karen Cino  Bio
Karen Cino is a multi-published author who has been writing since she was fourteen years old. She started her career by writing poetry, short stories and writing articles for her high school newspaper. After reading Jackie Collin’s Lovers and Gamblers and Jacqueline Susann’s, Valley of the Dolls, Karen found her niche. Karen loves writing about local places that people can relate to.
Karen loves the summer, loves the beach. Her previous books were written and took place in various locations in Staten Island. Her Cookie Cutter Cozy Mystery Series takes place at the New Jersey Shore.
Karen is a member of Women’s Fiction Writers Association and Sisters in Crime and Romance Writers of America.

4 Stars The Art of Love and Murder by LASR 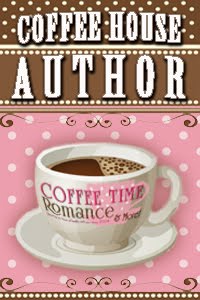