I tend to read what I write, but not exclusively. Besides Romantic Suspense, I read crime and law novels, once in a while a true story, WWII historicals, mysteries, and main stream character driven books. 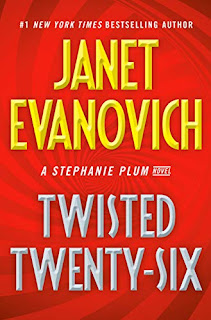 I’ve read a few of Ms. Evanovich’s Stephanie Plum novels. Quite frankly, I got tired of them after several in a row. I waited a few years to pick up one again. This one is amusing. The suspense is lighthearted and Grandma does a lot of tongue in cheek actions, but that’s what is entertaining about the story. As far as the romance part, I didn’t realize she’d ended up with the cop. I didn’t know she’d slept with the other bounty hunter, Ranger, somewhere along the way. Ranger and the cop seem to be okay with each other, although Stephanie implies she could sleep with Ranger again. I doubt I’ll pick up another Stephanie Plum story for a while because they tend to be the same. But I just might have to read book eight when she slept with Ranger. He’s my fav.

Grandma Mazur has decided to get married again - this time to a local gangster named Jimmy Rosolli. If Stephanie has her doubts about this marriage, she doesn't have to worry for long, because the groom drops dead of a heart attack 45 minutes after saying, "I do."

A sad day for Grandma Mazur turns into something far more dangerous when Jimmy's former "business partners" are convinced that his new widow is keeping the keys to a financial windfall all to herself. But the one thing these wise guys didn't count on was the widow's bounty hunter granddaughter, who'll do anything to save her. 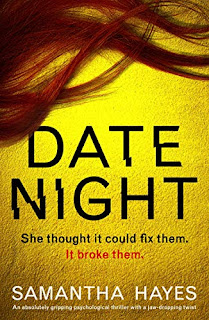 I kept at this book because it was so confusing. I know that sounds odd, but a book has to be boring or written badly for me to put it down. The writing is not all that great in this one, and like I said, the way she hops around in the sequence of events is confusing. But the first-person telling had me a little hooked. I had to know the ending and didn’t want to just skip ahead. I was rather fascinated, probably because I write, to know how she was going to wind it up.

Returning early from a disastrous date night with my husband, I know something is wrong the moment the wheels crunch the gravel drive of our home. Inside, the TV is on and a half-eaten meal waits on the table. My heart stops when I find our little girl is alone in the house and our babysitter, Sasha, is missing…

Days later, when I’m arrested for Sasha’s murder and torn away from my perfect little family, I’ll wish I had told someone about the threatening note I received that morning.

I’ll hate myself for not finding out who the gift hidden inside my husband’s wardrobe was for.

I’ll scream from the rooftops that I’m innocent – but no one will listen.

But will you believe me? 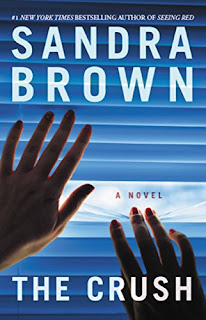 The Crush by Sandra Brown

Her blurb below is enough to tell you about the book. I read this years ago and found it mediocre for entertainment, but a decent read. The love scenes are good so that upped the entertainment value.

After she unwittingly frees a dangerous contract killer, a surgeon reluctantly joins forces with a tenacious detective obsessed with taking down their enemy at all costs.

As a surgeon, Dr. Rennie Newton is the consummate professional. When she's summoned to jury duty, she brings competence and composure to the courtroom -- a skill she learned while performing surgeries. It is this commitment to precision that compels her to deliver a not guilty verdict in the murder case against notorious contract killer Ricky Lozada.

It will be the most regrettable decision of her life. When a rival colleague is brutally slain, Lozada's menacing shadow looms over the murder, but the investigators pinpoint Rennie as the prime suspect. Soon, the police begin violating the privacy she has cultivated and protected at all costs. And when Lozada begins an earnest courtship, it becomes terrifyingly clear that he is obsessed with having her.

Wick Threadgill is a detective on indefinite leave from the Fort Worth PD with a very personal agenda for the contract killer. Temperamental, bitter, and driven by loyalty and love, Wick is determined to destroy Lozada. In order to defeat him -- and save their own lives -- Rennie and Wick form an uneasy alliance.

Mistrustful of each other, they know only one thing with absolute certainty: like one of Lozada's prize scorpions, they won't see it coming when this killer strikes. The Crush will take you on a tortuous path through a twisted sociopath's eerie obsession, a haunted man's fragile hopes for redemption, and a woman's heart as she struggles to face her greatest fear: to open herself to love.