Writing for a Cause by Paty Jager #inspiration #indigenous #cause

Today, Paty Jager is my guest with a captivating story of the inspiration for her latest book. With my native American background, it's a story dear to my heart. Read on, enjoy, and learn! 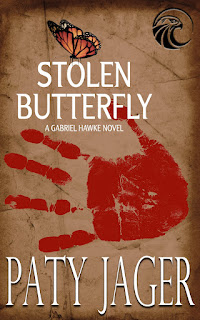 I have always been an advocate for unjust things. When I see an injustice, I have a need to help in some way no matter how small.

That is how I felt as I saw a post on Facebook about missing and murdered Indigenous women. Then when I started writing my Gabriel Hawke series, I subscribed to the CUJ (Confederated Umatilla Journal) the newspaper written and put out but the Confederated Tribes of the Umatilla.  I wanted to know more about the area where I had imagined my character growing up and where his mother still lived. It helped me to see him better and to learn more about where he came from.

Every time I receive one of the newspapers, I read it from front to back. When the stories about the missing and murdered women and the cause- women speaking out and making noise- I was drawn to the movement. The more I read and learned how many Indigenous women, children, and men were lost to their families because of lack of concern by the authorities, my anger rose. I wanted to help.

The best way I knew was to use my voice—and being a writer, that meant my writing voice. I decided Hawke would be called to the reservation by his mother to help find a missing woman. Once the idea took root, I couldn’t shake it.

And to not only spread the word, I decided that proceeds from the sale of the book would go to the non-profit organization, Enough Iz Enough. This organization works on the Umatilla Reservation with classes on how to protect and watch out for potential dangers, and to give voice to the missing tribal members.

I was fortunate when I began pulling information together to write the book to ask the organizer of the program if she would be willing to help me make sure my portrayal of the situation was accurate as well as logistics and information about the reservation. She was accepting of my request.

After reading the finished product, she also gave me a lovely review: “The story was captivating, I couldn’t put it down. So many memories were brought to surface, so many emotions, like this has been lived before, because it has, this is a glimpse into our reality in the Reservation. Thank you for seeing us & helping tell part of the story.”  Kola Shippentower-Thompson Enough Iz Enough, Co-Founder & Director

I’m happy to say that Stolen Butterfly, Book 7 in the Gabriel Hawke Novels is now available for pre-order as an ebook. It will publish May 18th and be available in print by the end of the month and available in audio in July.

Also, this is my 50th published book. Which is why I am having a month-long Facebook party to celebrate. Join me over at https://www.facebook.com/events/887343232080078 Where we are discussing my books, writing, and life in general. I’m also giving away prizes every day through the month.

“We told the woman who called in, we have to wait seventy-two hours. These reservation women get liquored up and forget they have kids at home or decide they’ve had enough and walk out.”

Hawke stared at the bald-headed detective in his fifties that he’d been referred to when he explained why he was there. “Detective Lockland. You are stereotyping the reservation women. Most have strong motherly instincts and wouldn’t go on a drunk or walk away from their families. This woman happens to be one of those. She works at the bank in town, never misses picking her son up from the sitter, and doesn’t go out partying and drinking.”

“How do you know that? Her family could be lying to you.” The man wasn’t about to back down from his stand on what he thought to be the truth.

Ignorance about his people was something Hawke had fought all his life. “I know because I’ve been interviewing the people she works with and the people she spends time with. Something that might help us find her faster if you had done the same last night when my mother called you.”

The man leaned back in his chair and smiled. “Now I see. You’re one of them. Does your superior know you’re here poking around in someone else’s case?”

“Then you are going to investigate? If this is your case?” Hawke held back the disdain he felt for the man as the detective stuttered and tried to say it wasn’t a case until seventy-two hours had passed.

Here is the back cover blurb:

The proceeds from the sale of this book will go to the non-profit Enough Iz Enough. This is a community outreach organization that advocates for MMIP on the Confederated Tribes of the Umatilla Reservation.

When the local authorities tell State Trooper Gabriel Hawke’s mother to wait 72 hours before reporting a missing Umatilla woman, she calls her son and rallies members of the community to search.

Hawke arrives at the Confederated Tribes of the Umatilla Reservation and learns the single mother of a boy his mom watches would never leave her son. Angered over how the local officials respond to his investigating, Hawke teams up with a security guard at the Indian casino and an FBI agent. Following the leads, they discover the woman was targeted by a human trafficking ring at the Spotted Pony Casino.

Hawke, Dela Alvaro, and FBI Special Agent Quinn Pierce join forces to bring the woman home and close down the trafficking operation before someone else goes missing. 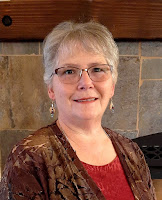 Paty Jager is an award-winning author of 50 novels, 8 novellas, and numerous anthologies of murder mystery and western romance. All her work has Western or Native American elements in them along with hints of humor and engaging characters. Paty and her husband raise alfalfa hay in rural eastern Oregon. Riding horses and battling rattlesnakes, she not only writes the western lifestyle, she lives it.