I'm so happy to welcome Judythe Morgan to Muse Monday on Discover... I'm always fascinated by the journey of a novel. I concur with Judythe...NEVER give up! 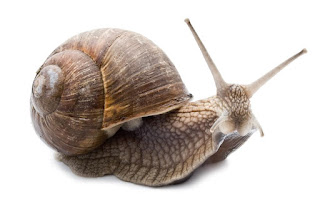 The story idea began in 2003 as an inspirational women’s fiction with a grandmother raising her baby grandson. I was a new writer learning the craft. The idea was loosely formed and even looser written.

As I wrote and reworked the plot with critique partners the idea evolved into a romantic suspense story. Same grandmother heroine and younger hero.

In 2008 I began to enter the completed manuscript in writing contests. It placed in several. I was encouraged, but, at that point, it still needed work and I was sick of the story.

I put the manuscript aside and worked on another story idea bouncing around in my head.

Over the next ten years, I kinda forgot about Seeing Clearly. I published a military romance series titled PROMISES and started a contemporary small-town series, The Fitzpatrick Family.

Then in 2019, I attended a Michael Hague workshop, which required a completed manuscript. The only one I had to take was Seeing Clearly. I dug it out.

Between Michael’s input and brainstorming with the attendees, the manuscript evolved into a viable story of a widowed grandmother and an ex-cop who fight to save her kidnapped grandson. Drugs, murder, and the discovery of the child’s biological father’s identity threatened all their lives. It became a story I thought my readers would enjoy.

Plus, the timing was finally right. Romances with older main characters had found a market and were more widely read. Seeing Clearly released in May 2020.

Any writer will tell you the road to publication is not always easy. Seeing Clearly’s journey sure wasn’t. I share its journey to help readers enjoy the book more.

And encourage writers, who are reading Brenda’s blog, that they should never give up. 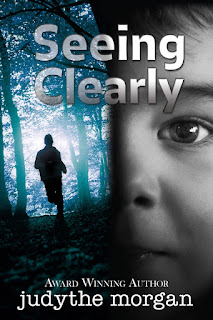 Ex-cop Dawson McKey is consumed by revenge after a cartel's bomb kills his twin sons. He trusts no one and vows payback. He refuses to get close to anyone, let alone fall in love again. But widow Evie Parker challenges his thinking. She's raising her grandson after her only child and his wife die in a suspicious car accident and it's taking a toll.

Alarms go off in Dawson's head when Evie receives threatening emails concerning her grandson. Then Evie’s nanny disappears with her grandson. Dawson knows something is deadly wrong.

Pushed to their limits searching for the toddler, can Dawson and Evie learn seeing clearly is the only way to live and love?

Evie set the house alarm. To humor Dawson, she told herself, but it wasn’t the only reason. Their discussion had been unsettling. What if her son’s gambling addiction had turned her ranch oasis into a bull’s eye?

Nope. Not going there. Life had thrown so much at her lately and she’d survived. She was not going to look for more. She would not become a Dawson. She walked to Michael’s room. He slept soundly.

In her office, she put the baby monitor beside her computer and checked email. One message from Real Daddy caught her attention. I’m coming for Michael.

Strange name. She didn’t remember anyone using that email from the school list. Had someone gotten her email? Had the school given it out? Who was this person? Why had he or she sent her the message?

A prickly sense of unease traveled up her spine. What if this person was somehow connected to the accident? She’d lost her husband and her son. She wouldn’t lose Michael.

The jump to immediate alarm surprised her. She wasn’t usually like that, automatically assuming the worst. She was becoming paranoid like Dawson. The message had to be a mistake. A rare set of coincidences. A fluke.

Pressing the reply icon, she typed, Please check your e-mail address. I got this by mistake. Clicking SEND, she read the rest of her emails.

A cyber glitch? It happened. She tried again. Again, her message bounced.

She sucked in her breath. Little spiders with ice pick feet danced across her skin. Something wasn’t right. She picked up the phone to call Dawson, then replaced the receiver.

Not a good idea for lots of reasons. If she was going to discourage a relationship, she had to stop relying on him. Her nerves were on high alert after so much had happened. She’d call the school in the morning, see what was going on. Or, maybe whoever sent the email would figure out that they’d made a mistake. She pressed delete and cut off her computer.

Her toes sank into plush carpet in the hallway lined with family photographs. She ran her fingertips over the faces in the family portrait taken the Christmas before Gary’s heart attack and marveled at how much her life had changed. 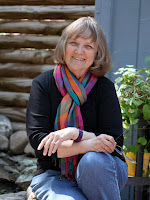 Judythe Morgan was an Army brat then Army wife. She’s traveled a lot of this world. She’s been a teacher, an antiques dealer, former mayor's wife, and sometimes-church pianist. Her diverse experiences have made her life full, her characters vivid, and her stories authentic and award-winning.

Besides fiction, she writes a weekly blog with her urban farmer daughter at www.judythewriter.com  Sign up for her free newsletter at www.judythemorgan.com to keep up with her latest news and subscriber-only sneak peeks.