Djinn, Ifrit, or Genie It's a #WickedWednesday by J. L. Sullivan

What a fun Wicked Wednesday with J. L. Sullivan who is letting the genie out of the lamp or ifrit out of the cave. Look out what you wish for! Read and enjoy.

Thanks for having me on Wicked Wednesday, Brenda!

Not much is more wicked than an evil djinn. Djinn have a long and storied history of wickedness. The word jinn first became prominent in ancient Arabic myths and Islamic folklore. Later, Roman-influenced translations changed the word to djinn. And still much later, the French translation of the book One Thousand and One Nights, gave us the French word genie. All to describe essentially the same spiritual being. 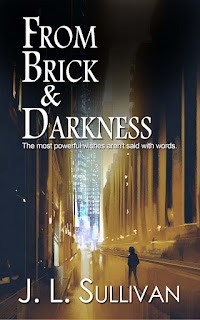 While not strictly good or bad, the jolly blue guy who tells jokes and sings is a very rare interpretation. Most djinn—and there are many kinds—pride themselves as mischievous tricksters or dangerous demons. And because djinn legends have evolved alongside human cultures, their influence can be felt in societies around the world. Many believe a type of djinn called Shaitaan is what early Christians came to know as the devil, while another type called a ghul, is where the word ghoul originated.

For my novel, I chose one of the most intriguing djinn—ifrit—as my story’s antagonist. Ifrit are considered one of the most powerful and cunning types of djinn. They live underground or in caves, and are often born of fire and smoke. And instead of the traditional wish-granting fare of some of the lesser djinn, my ifrit reads the mind of my protagonist, fifteen-year-old Baxter, granting the wishes of his innermost thoughts.

What could possibly go wrong with granting wishes based on the subconscious of a fifteen-year-old boy?

Blurb: Bax always fantasized something remarkable would happen in his life. So when a decrepit man with glowing purple eyes offers him a ring intended for his estranged father, Bax accepts.

The ring speaks to Bax in a dream, tempting him with a vision of a powerful djinn. Desperate to make his fantasies a reality, Bax unleashes a creature called Ifrit, but soon learns this djinn isn't what the ring led him to believe. Feeding off the depths of his subconscious, the sinister demon fulfills what he thinks Bax wants by manipulating, threatening, and murdering. With everyone he loves in danger and a trail of crimes pointing back at him, Bax must scramble to solve the puzzle that will banish Ifrit forever. 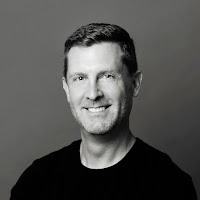 J. L. Sullivan writes young adult stories inspired by gritty urban environments and the fantastical tales that percolate within abandoned buildings and desolate alleys. In high school, he wrote for a local newspaper before venturing into creative writing in college. He currently lives in St. Louis with his wife, two daughters, and a dog named Princess Penelope Picklesworth.