Villains. They come in all shapes, sizes and levels of villainy. In my books I’ve had a club owner/drug dealer/pimp that was kind of lovable, a beautiful human trafficker, and an abusive ex. As an author, creating obvious bad guys isn’t that difficult. Throw in someone like Cruella de Vil with her furs and maniacal eyes (you’ve seen the cartoon, right?)  and you don’t have to work very hard to get readers, or characters, to realize this is the person they’re supposed to hate.

But I like a villain who, if we didn’t know better, we might like. Don’t get me wrong. I’m not talking about an anti-hero or a truly good character who’s had to make horrible choices and just comes across as bad. I’m talking a depraved, cruel person with a polished veneer. 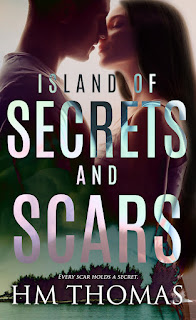 In my latest novel, Island of Secrets and Scars, Victor Roberts fits that bill. The story’s main character is Cameron Crawford, an American doctor living on a remote island off the east coast of South America, has heard stories of the nefarious Victor Roberts and, as a doctor, seen first-hand the effects of his cruelty. Still, when she sees the man for the first time she can’t help but notice that he’s handsome and even smells good. These facts make her angry, because what she sees isn’t at all what she expects and she believes that’s unfair.

But that’s how a “good” villain sucks us in. If Victor Roberts was an overweight, toothless, smelly mobster dressed in a sweat-stained tank top, people would stay away from him. But, turn him into a good-looking charmer dressed in a suit with nice hands and a dimple and suddenly people want to get close—and that’s when he strikes.

In Island of Secrets and Scars, Victor is beyond redemption, but he serves as a catalyst for major changes and maybe even some redemption for those whose lives he’s affected.

“I’m Victor Roberts. And you are?”

His hand was large. His fingers long and thick but not fat. Cameron imagined when clenched, his fist would be massive. She knew for certain it would cause maximum damage. Yet the appendage looked so harmless with its clean, close-cropped nails. She raised her gaze to stare into the eyes of the man who’d ruined Keso’s sister. The man Keso had vowed to ruin in return. A corner of the man’s mouth lifted in a smirk, revealing a dimple. Her stomach twisted and bile rose in her throat. Coughing, she tried to keep the sour liquid from escaping. Roberts dropped his hand, then moved closer.

“Are you okay?” He placed a hand on her forearm.

She jerked away. The dimple had disappeared. “I’m fine. Is there something you need here?” For the sake of everyone on the island, she needed him to get on his way.

“You have Americans in your clinic. I need to see if any of them are my friends.” He leaned forward, as if heading for the door.

The man stood only inches from her now. His cologne tickled her nose. Surprisingly, he smelled nice. Unfair. A man like Victor Roberts should smell like the garbage he was.

“No.” Her daughter was inside the clinic. She’d die before she willingly allowed this monster near her baby.

His jaw tightened. His nostrils flared.

“The only Americans are tourists from boats,” she explained. “Your plane passengers are on the beach . . . or the water.” They’d pulled out any bodies they’d found, but Cameron’s priority had been the living. No one on the plane had fit that category.

“Well, I’d like to see for myself, if you don’t mind.” He tried to push past her.

Cameron stiffened her legs, rooted to the spot. “You’re not coming into the clinic.”

The men behind the intruder inched forward. He lifted a hand to stop them. A slow smile stretched his lips. She dropped her gaze before that damn dimple showed itself again.

“Dr. Crawford, I need to see who is inside this clinic.” He spat the word. “You can allow me of your own free will or…”

Her knees shook. “I’m sorry, but I can’t allow that. There are rules. Laws. That prohibit me from revealing the identity of patients.”

He laughed, so close to her face she could smell the mint on his breath. “Laws?” He turned to his companions, still laughing. “Did she say laws?”

Roberts turned back to her. Stone-cold anger replaced the humor on his face. “I am the law, Dr. Crawford.” 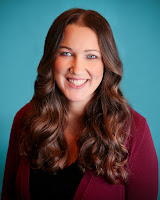 HM Thomas combated her perfectly normal childhood by creating her own drama and excitement on paper. By the time she entered college, she’d been a creator of horror, mystery and suspense, but it wasn’t until her own Happily Ever After that she delved into romance. Now she’s convinced each of her characters needs one as well, no matter how much she might torture them in the process.

When HM’s not writing, she enjoys traveling and exploring new places with her husband, three children and rescue dog. On a good day, she can be found in a comfy chair with a book. On a really good day that chair’s in the sand or by a campfire.