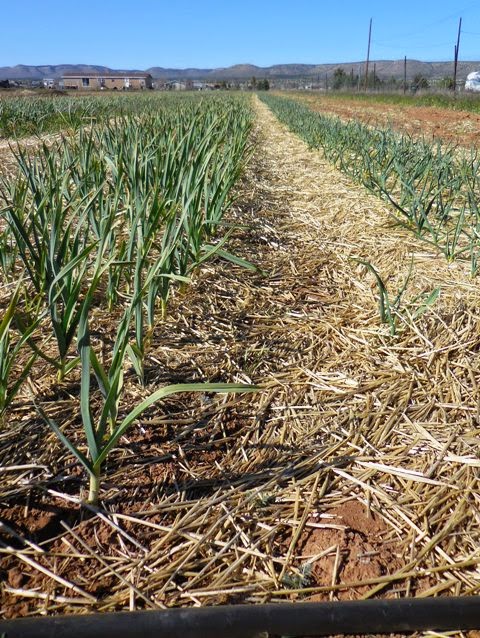 Garlic is occupying a lot of time this week. Well, actually the weeds around the garlic are consuming my days with the exception of some editing time. Last month, we got all the weeds from around the plants. This week I'm concentrating on between the rows. Since it's been a couple of weeks, those babies took off and are as tall as the some of the garlic. But the rows should be all clean by Sunday. How pretty they look when the weeds are gone. Seven of the varieties we planted look awesome. The other two are sparse so we can rule them out for next year.

Sadi loves baby animals. Our neighbors who you have heard me brag on before
have baby goats right now. Sadi has adopted our neighbors and they are now Uncle Dave and Aunt Eunice. Aunt Eunice has to feed one of the baby goats several times a day. Sadi took great pleasure in helping. She
always has such a good time when she visits their farm and has no fear of any of the sheep, cows, dogs or goats. Which can present a problem so we have to watch her closely.

Sadi also got her first tractor ride this week. Lance has been hesitant or should I say fearful to take her on it because it takes two hands to shift and drive. But she now has the words to ask and he just couldn't 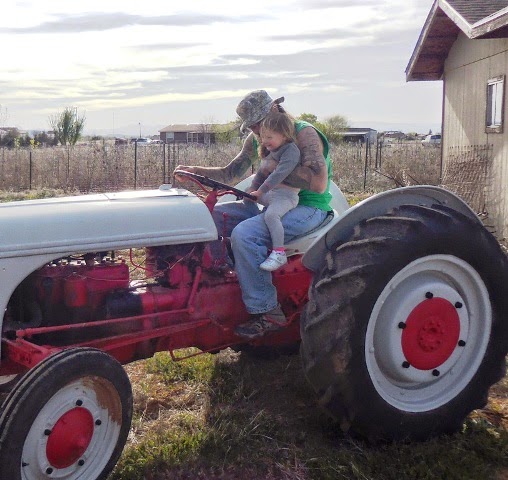 refuse. It was a short ride but to Sadi it was the trip of her life!