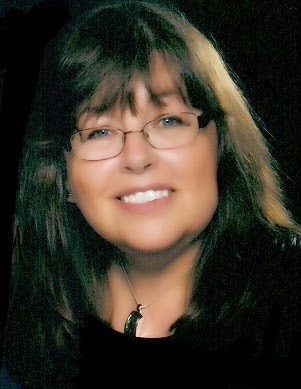 Hello, Brenda, and thank you for having me as a guest. I’m excited to be here on Muse Monday.
I’m currently working on an edge of your seat, paranormal trilogy. Mix up a near-death experience with a past life, flavor with epic romance, and then stir in a few mouthwatering cowboys, add a dash hostile conflict, and you’ll have Passage—book one in The Soul of the Witch trilogy.

The story takes hold from the first chapter and heads straight into a soul splitting journey. I am in the last stage of editing book two, Prophecy, and cannot wait to have it released so I can latch onto the final piece of the story in book three, Paradox. My goal is to submit Paradox, to my publisher by the end of this year.

Soul of the Witch first began to take shape back in 1980. I had given birth to my oldest son and taken an extended maternity leave from work. Although the story had been fighting to get out of my head for years, this was the first time I put pen to paper. Literally. Back then, I used a pen and spiral notebooks labeled #1, #2, etc. I still have those spiral notebooks.

When I returned to work, I put the notebooks in the closet and let them sit for another nine years. In 1989, I gave birth to my second son, and again, my internal muse sparked. I pulled out the old notebooks, and with the help of a friend from work, put my handwritten words into a WANG word-processor. Of course, back then, there were no PC’s or word processing applications, and no way to preserve the digital work. But I finally had a printed copy of my story. Back into the closet it went, and life moved on.

Fast forward to August, 2012. Both boys had grown, finished college and moved on to pursue their lives. I found myself extremely unhappy at work. A large corporation had purchased the company I worked for and many of my long-time co-workers and friends had left or were let go. The new management wanted their own processes and people. The times, they were a-changing, and the pressure began to affect me physically. My hair began to fall out. I developed stress related nerve pain. I didn’t know what I was going to do.

Out of the blue, my wonderful husband suggested I take some time off and regroup. I couldn’t resign fast enough. After that, I made a list of everything I wanted to accomplish during my break from work; clean out the closets, paint the hallway, and rework the flowerbeds. In my closet, I found the box with my typed story, along with a bag of spiral notebooks. I quickly added another item to my TO-DO list. Publish the story.

The first order of business was to put the book into an actual Word document. As I began typing the story, my imagination took flight. The story took over and I was filled with enthusiasm. I became a different person, happier, with all my remembered friends from the closet arguing inside my head. But I knew I needed structure and direction. I joined RWA and enrolled in editing and writing classes. I eventually ran into a few like-minded writers who also worked on their first books and we formed a critique group. I discovered my fabulous, passionate epic had to be edited with extreme prejudice. I had written each precious character with their own point of view, and included all their character-building back stories. The original work was well over 150,000 words. Yikes!

During the long edit/re-edit process, I read about an open submission at a small publishing company, Prairie Rose Publications. They were asking for Western Halloween short stories for an anthology. I had a western character and paranormal was right up my alley. I retrieved one of the “cut” back-stories, reworked it into a short story, and submitted Hunter and Lily Graham to PRP. When the acceptance email came from the acquiring Editor, I had to have my husband read it again just to be sure I understood what the email said. They loved my story and my characters and wanted to include my short story in their Halloween anthology.

I was thrilled to put a big CHECK beside Publish the story, although I have yet to paint the hallway.

Passage - blurb:
After a car accident, Courtney Veau has a “near death” experience, and returns to her past-life in the post-Civil War west. When she wakes in a present-day hospital, Courtney realizes she’s returned to her own hollow existence. Heartbroken, she knows she left behind not only a family she loves, but life with the man who shares her soul, a man she’ll love forever, Merril Shilo. 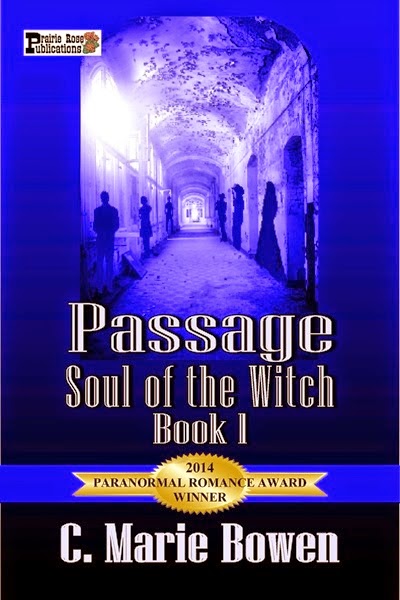 Posted by Brenda Whiteside at 7:33 AM