MUSE MONDAY
It's great to have Barbara Brett today! Read on... 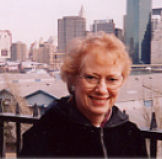 It's August, usually the hottest month of the year—at least here in New York City, where I live. Those of us who spend most of the season at home are not too fond of August, but I'm a big fan. Not because I enjoy the month's long, sweltering days, but because I'm so grateful for the anniversaries that some of those days commemorate. Ninety-six years ago, on August 26, 1920, the Nineteenth Amendment to our Constitution, giving women the right to vote, was ratified. August also marks the birthdays of two brave women who fought long and hard to make that right a reality.


On August 13, 1818, Lucy Stone, suffragist and abolitionist, was born. Lucy was one of the organizers of the Women's Rights Convention and she spent her long life fighting for freedom for slaves and the vote for women. When she died in 1893, the slaves had been freed and African-American men had the vote, but women were still waiting.


Suffragist Inez Milholland Boissavain was born on August 6, 1886, right here in Brooklyn, where I live. Unusual and extremely difficult for a woman in her day, after she earned a degree from Vassar, she received a law degree from New York University. She fought for women's rights, prison reform, and children's rights. On March 3, 1913, the day before the inauguration of Woodrow Wilson, robed in white and on a white horse, Inez led a suffrage parade down Pennsylvania Avenue in Washington, DC. Inez died three years later at the age of thirty. Four years after that, women finally gained the right to vote.


I've always admired women who have blazed the trail, whether in politics or business, making the way easier for the rest of us. Many of them have taken it up as a cause. Others have done it on their own, determined to succeed just for themselves, but in doing so, they have surely eased the way for others. When I created Marietta Wylford, the protagonist of SIZZLE, I wanted to explore exactly how a woman could make her way in the man's world of business. I set the book in the 1980s, when it was much more difficult for a woman to succeed than it is today. It was an exciting time of junk bonds and corporate raids, and the macho guys on Wall Street thought they had the goodies all to themselves. But Marietta was determined to get her share of the pie. Could she succeed and still keep love in her life?

Blurb for
SIZZLE
Where the boardroom meets the bedroom.

She’s the most beautiful and ruthless CEO in the nation. He’s the most dangerous corporate raider in the world. Neither has ever lost a battle in the boardroom—or  the bedroom. Now they’re warring for America’s biggest publishing prize.

It’s the glitzy1980s. Fortunes are being made and lost—and made again. Wall Street is on a roll. One after another, corporations are being gobbled up by rapacious raiders. And now Sizzle, the most glamorous and profitable magazine in the world is up for grabs. British media mogul and corporate raider Harrison Kendricks has set his sights on this publishing plum, in which the reputations of the rich, the famous, and the beautiful can be built or destroyed with a paragraph or a photograph. He has never before lost a hostile takeover. But then he has never before been in competition with Marietta Wylford, the brilliant and beautiful CEO of Wylford Enterprises. She needs only Sizzle to crown the business empire she has built with nothing but her own genius and ambition, and she is determined to let no one stand in her way. Not even the mysterious and dangerous Harrison Kendricks. To defeat him, she will have to uncover the one vile secret that will utterly destroy him. And she will do anything to get it—even at the risk of breaking her own heart.

SIZZLE—a  novel of breathtaking power and ambition, set against the jet-setting world of Manhattan’s elite!

Excerpt from SIZZLE by Barbara Brett
Marietta Wylford began life as Marianne Vuckendorn, which should have been a sufficient handicap for anyone, but fate chose to deal her out even more. She had a brutal, alcoholic father who rarely worked, and when he did, he spent all his money on liquor and whiskey-drinking friends. Her mother, too weak willed to leave him, slaved behind the steam table in a lower Manhattan cafeteria, where, on the rare occasions when her boss was in a good mood, she was allowed to take home some leftover vegetables that had been cooked beyond recognition and some dried-out ends of meat.

When Marianne was eight and still fantasizing that her father had crept into the palatial home of her real parents— visiting royalty from Europe—and kidnapped her from her diamond-studded cradle, her older brother, then fifteen, was killed by a fellow junkie in an argument over their stash of heroin. When she was twelve and past all fantasies, her younger sister, then eight, died in a fall from a swing in the local playground, which, unlike its counterparts in well-to-do neighborhoods, had no rubberized protective cushioning in potentially dangerous areas. No one bothered to investigate the accident, obviously just another case of a dumb poor kid who didn’t watch what she was doing.

That death was a turning point for Marianne. She had always known that someday she would escape the vicious cycle that had closed her parents off from hope and kept them tied to apartments in crumbling tenements in the Crown Heights section of Brooklyn, outcasts forever quarantined because they suffered from that insidious social disease, poverty. Now she began to make concrete plans for that escape. Her mother delighted in telling her that the angels had smiled on her face, and even a critical look in the mirror confirmed that her mother was right. She had large, wide-apart eyes the color of fine emeralds, and luxuriant, silk hair that gleamed like burnished copper. Her nose was straight and her chin firm but gently rounded, her cheekbones high and aristocratic, her skin a clear ivory tone unmarred by blemishes or freckles. But if the angels had smiled upon her face, it soon became apparent that they had beamed on her body. For she grew to a height of five feet, eight inches, and to a breadth that was nothing less than the American dream—thirty-eight, twenty-three, thirty-six. Obviously, she was made for better things than Crown Heights had to offer, and she was determined to have them—whatever she had to do....

Thanks for having me on your blog, Brenda! I'd love to hear from your readers. They can find me at:
Website: www.brettbooks.comGoodreads: https://www.goodreads.com/author/show/1767558.Barbara_Brett
Amazon.com author page: www.amazon.com/author/barbarabrett
Posted by Brenda Whiteside at 4:00 AM