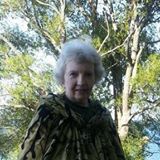 This has been such a great genre series by Laura. This one is particularly interesting since we're in the Halloween month. Read on and enjoy and then tell us your ghostly experiences. I have one!

Halloween has always been my favorite holiday. As a girl, I usually started decorating our large house in Buffalo’s Riverside section early, cutting out black cats with arched backs from construction paper and hanging ghosts made from old, white sheets in the dining room windows. I loved the atmosphere of the celebration, which seemed to incorporate the changing of the season from summer, bursting with life, into a time of crumbling leaves and cooling temperatures, when the very world seemed prepared to die.

Of course, I didn’t know back then what I do now, about the ancient Celtic roots of Halloween. The Celtic year ran from what we call November first to what we know as Halloween (and our Celtic forebears called Samhain.) Samhain was the time when the old year died and the new was born. The veil between the worlds of the living and the dead became so thin spirits could easily cross over to visit, pester or even torment those of us left behind.

Perhaps my Celtic ancestors influenced me more than I ever guessed. When I began writing, my pen often drew pictures that included the spirit world. Visits from deceased parents play a large part in my Guardians of Sherwood Trilogy, and when you’re a descendant of Robin Hood, that can get very interesting, indeed. My Lobster Cove story, The White Gull, features a haunting by a dead husband. In my Contemporary Romance, Awake on Garland Street—set in my (deceased) mother’s native city of St. John’s, Newfoundland—the hero, Brendan O’Rourke, is beleaguered by the ghost of his grandfather, who lingers in the attic of the family home and plays Irish fiddle, maybe even better than Brendan!

Why incorporate the dead in stories penned for the living?  Why not? I love the atmosphere it adds—just as I loved the shivery, quivery thrill of Halloween way back when. And, after all, who can say that spirits are not among us, especially at this time of year? Go ahead, invite a spirit into your next story. I double dare you!

So, let’s share—who can say s/he’s been visited by a ghost? 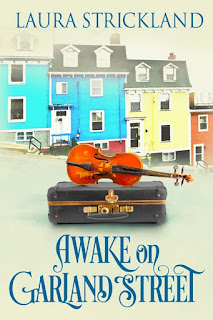 Brendan O’Rourke hasn’t had a decent night’s sleep since he arrived back at the family home in St. John’s, Newfoundland. The famed Celtic fiddler’s being haunted by the ghost of his great-grandfather, Charlie, who’s bent on keeping Brendan from ruining his life with the same selfish choice he made between music and the woman he loved.

Grace Dawe was finished with Brendan O’Rourke eight years ago when he chose music over their relationship. So why can’t she look at him now without going weak in the knees? And why, when he offers everything she’s ever wanted, is she considering his welfare above her own? Not until a beautiful old tune shows them the true meaning of love will they find a way to play their own song.

Bio:
Born and raised in Western New York, Laura Strickland has pursued lifelong interests in lore, legend, magic and music, all reflected in her writing. She has made pilgrimages to both Newfoundland and Scotland in the company of her daughter, but is usually happiest at home not far from Lake Ontario, with her husband and her "fur" child, a rescue dog. An inveterate genre-hopper, Ms. Strickland’s books range from the Scottish Romance, Devil Black, to her award-winning Buffalo Steampunk Adventure Series.  Awake on Garland Street is her sixteenth book with The Wild Rose press.